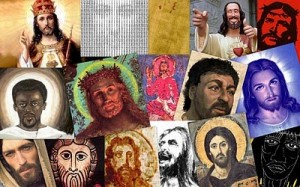 Matthew 11:2-6  When John heard in prison what the Messiah was doing, he sent word by his disciples 3 and said to him, “Are you the one who is to come, or are we to wait for another?” 4 Jesus answered them, “Go and tell John what you hear and see: 5 the blind receive their sight, the lame walk, the lepers are cleansed, the deaf hear, the dead are raised, and the poor have good news brought to them. 6 And blessed is anyone who takes no offense at me.” 7 As they went away, Jesus began to speak to the crowds about John: “What did you go out into the wilderness to look at? A reed shaken by the wind? 8 What then did you go out to see? Someone dressed in soft robes? Look, those who wear soft robes are in royal palaces. 9 What then did you go out to see? A prophet? Yes, I tell you, and more than a prophet. 10 This is the one

about whom it is written, “See, I am sending my messenger ahead of you, who will prepare your way before you.’ 11 Truly I tell you, among those born of women no one has arisen greater than John the Baptist; yet the least in the kingdom of heaven is greater than he.

My stepfather was always good for a pithy word of wisdom.  Responding to my teenage panic when I forgot to tip the waitress my first time into a restaurant on my own, Pops said, “You don’t get rich by tipping cheap.”  Or time and again when I was just about jumping out of my skin about something exciting on the calendar and would say things like, “I wish it were Saturday already,” Pops would say, “Careful, you’re wishing your life away.”  It’s that one especially that still catches me.  The whole thing about staying in the day, knowing full well there is something amazing ahead on the calendar.  “Careful, you’re wishing your life away.”

Some of us are better at waiting than others.  But, for most people, waiting often inspires curiosity.  What will whatever we’re waiting for actually be like?  John the Baptist’s question comes out of this kind of curiosity.  John sends his disciples to ask Jesus, “Are you the one who is to come, or are we to wait for another?”  And, typical of Jesus, he doesn’t actually answer the question.  He tells them to report back to John what they hear and see.  Although it’s funny that he tells them to report their observations and then he tells them what to say.  Regardless, Jesus responds to John’s question without really answering it.  Leaving John to wonder about the information he receives in light of the question he asked, “Is Jesus the Messiah?”

So the move we make in Advent as a church is a big one.  The move into preparation and waiting is not only to celebrate a birthday from long ago.  The people who are the church look toward a future with hope because there is a Messiah.  This promise is massively and widely counter-cultural.  This promise involves some Advent waiting.

Waiting in which some of us in the pews wonder if any of this even makes a difference?  Or wondering if Jesus is who he says he is?  Or who any faithful saint says Jesus is?  However, waiting is not a vacuum.  Waiting is time we don’t wish away.  Revealed in the waiting is need.  This may be some of what Jesus is getting at in his answer to John’s disciples.  There is real need that needs real solutions.  Jesus names hunger, illness, death, and poverty.  We can add to this list quickly by naming violence against family, friend, and neighbor that comes in many forms – gossip, slander, physical abuse, murder.

I would also add to the list the way we are prone to elevate and highlight certain kinds of dramatic violence as grief-worthy while relegating the daily violence that is happening in some people’s lives and communities to normalcy.  Our rapt attention to the spikes of violence deemed newsworthy and our failure to engage in the problem of daily violence that we’ve deemed normal violates our common humanity.  Deeming certain kinds of violence as normal adds, not insult to injury, but injury to injury.  In this way, we are not innocent bystanders.

The problems that Jesus names and the problems we add to the list are relational.  In the relational language of scripture we call each other neighbors; in the language of humanity we simply call each other people.  As people we are capable of fatally wounding each other in mind, body, and spirit…as people, the stark reality of our willingness to hurt each other, and our ignorance in even seeing that we hurt each other, makes obvious that we deeply need a Savior – a Savior who illuminates these stark realities and frees us into them to help our neighbor as well as being helped by them.  Some of us are made ready to do the hard work necessary to meet real needs and some of us are in the sometimes more difficult reality of asking for and receiving help when we have need.  Whichever end of the giving and receiving you find yourself, there is more to consider in this text.  This isn’t simply about helping each other and our neighbor out in the name of Jesus.

This is about being saved by the Messiah who reveals our need by calling us out on the way we damage each other and ourselves.  We, who are saint and sinner at the same time, are drawn to faith by the One who forgives us for the hurt we dole out and stands with us while we take on the consequences.  It is this one, this Messiah, who the kids in Simply Christmas point us toward this morning even as we still wonder if we’re really in need.  Only to hear that, yes, we are in need and cannot save ourselves.  But the one who is, who was, and who is to come, is the Savior.  A Savior worth the wait – a Savior for all of us, a Savior for you.