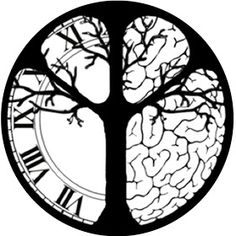 1 John 1:1-2:2 We declare to you what was from the beginning, what we have heard, what we have seen with our eyes, what we have looked at and touched with our hands, concerning the word of life— 2 this life was revealed, and we have seen it and testify to it, and declare to you the eternal life that was with the Father and was revealed to us— 3 we declare to you what we have seen and heard so that you also may have fellowship with us; and truly our fellowship is with the Father and with his Son Jesus Christ. 4 We are writing these things so that our joy may be complete. 5 This is the message we have heard from him and proclaim to you, that God is light and in him there is no darkness at all. 6 If we say that we have fellowship with him while we are walking in darkness, we lie and do not do what is true; 7 but if we walk in the light as he himself is in the light, we have fellowship with one another, and the blood of Jesus his Son cleanses us from all sin. 8 If we say that we have no sin, we deceive ourselves, and the truth is not in us. 9 If we confess our sins, he who is faithful and just will forgive us our sins and cleanse us from all unrighteousness. 10 If we say that we have not sinned, we make him a liar, and his word is not in us.
2:1 My little children, I am writing these things to you so that you may not sin. But if anyone does sin, we have an advocate with the Father, Jesus Christ the righteous; 2 and he is the atoning sacrifice for our sins, and not for ours only but also for the sins of the whole world.

Christian churches all over the world do things so differently from each other.  I have friends that worship with huge screens and rock bands.  I have friends who sit and contemplate in silence.  I have friends that sit in front of gilded altar gates and gold rimmed icon paintings, the smell of incense filling the space.  Worship among my Christian friends runs the gamut.  I’ve said it time and again to people who visit here and people who ask me about churches in general, “I hope you find a congregation through which you can hear God’s voice.”  Hearing God’s voice may have to do with worship form, or theology, or music.  It may have to do with the connection between life and scripture.  It may have to do with your family worshiping together in a congregation for generations.  But, mainly, I hope you hear God’s voice.

In the John reading today, God’s voice comes in the person Jesus.  Alive and well and peaceful.  Talking with his friends who are locked in a room, afraid.  They go into hiding not knowing which way to turn after Jesus has been killed.  But then he shows up.  After he’s killed on a cross.  Dead for three days.  He turns up.  In a room.  Among his scared and shuttered friends.  And he says to them, “Peace be with you.”  He says it again for Thomas a week later.  Lord only knows what Thomas has been getting into while his friends were hiding in that room.  “Peace be with you,” Thomas is told by the risen Christ.

There is a unity among the disciples in this story from John today.  Even through Thomas had missed the first visit from Jesus and demanded a sighting to believe with the same information, the other disciples continued to include him in the group.  He then has his own visit with the risen Jesus.  All is well.

A few generations later, when the book of First John was written, a disagreement has happened. There has been a split in the community that Thomas and some of the disciples began.  Some of the people have left to form a new one of their own.  Raymond Brown summarizes the fight between the two groups as being over “their ideas about Jesus, about the Christian life, about eschatology, and about the Spirit.”[2]  Along the same line, this past week I had a chance to speak with a woman who attended a funeral here with Augustana.  She was telling me about her church both in terms of its worship and its denomination as compared to a few of the splits from within the denomination.  It just seems to be the nature of people to disagree and separate.  There is certainly a parallel from the earliest Johannine communities to the denominations of today.

These splits in community give us pause to circle back around to original fear of the disciples in the closed up room.  More specifically, Thomas’ fear.  He wasn’t in the first locked room the week before.   Perhaps he isn’t afraid of the political climate that threatens his life like the other disciples seem to be.  Perhaps he is more motivated by the fear of missing out.  His friends had an experience that he didn’t have and now he wasn’t sure about anything.

Soren Kierkagaard, a 19th century Danish philosopher and Christian, is known today as a great thinker.  One of the ways we know he was a great thinker is because he was a prolific writer before his death at the age of 42.  Kierkegaard seemed to write, at least initially, to work things out in his own mind.  He, like Thomas, wasn’t sure about anything.  The timing makes sense.  His birth in 1813 followed closely after the deaths of Enlightenment thinkers David Hume and Immanuel Kant.

In his early journals, Kierkegaard had a thing or two to say about fear.   He wrote about the doubt, trouble, and anguish that he, “wanted to forget in order to achieve a view of life.”[3]  But, to his mind, the ways in which he was trying ignore certain details to achieve a full view of life, showed themselves to be distractions.  Distractions that came out of the fear that Kierkegaard would falsely give a result to himself that he didn’t believe in.  As he says it himself in his early journals, “…out of fear that I should have falsely ascribe a result to myself.”[4]  There, in that sentence, is one of the gifts and curses of the Enlightenment.  The fear that I would inadvertently say I believe in something that maybe I’m not 100% sure about.  Or maybe even worse, that I would participate in something and give a wrong impression of what I believe.

In addition to encouraging people to find a congregation through which they hear God’s voice, I also tell people that, on any given Sunday, there are people in the pews for all kinds of reasons and thinking all kinds of things.  Like Thomas in that upper room with the disciples, our experiences and ideas don’t line up in tidy parallels or categories.  But also like Thomas and the disciples, we hold space for each other to experience and work through whatever it is we’re working through by way of faith.

Part of the way we hold that space for each other is worshiping together.  We begin worship with a confession that broken places exist in us but that God has our back and will not let go of us.  Like Thomas, we explore the Word, digging deeply into scripture, wounds, and possibility.  Like Thomas, we confess a faith so much bigger than ourselves and our ability to understand completely.  And, like Thomas, we share in Christ’s peace given to us by the risen Christ.

Today’s readings from Gospel of John and the book of First John, as well as Soren Kierkegaard’s works, all contain the writer’s reasons for writing them.  We are in worship together with our various reasons for being here and ideas about what is happening here.  Into all of that reasoning, walks the risen Christ greeting you with a word of peace.  “Peace be with you.”  As you share a word of peace with each other later in worship, this is the good word you continue to preach to each other.  “Peace be with you.”

Christ shares his peace with you and you are immediately captured up into something bigger than you.  You are part of the church, the body of Christ, people of the cross and resurrection given new life in the waters of baptism and new life in each other.   “Peace be with you.”

[1] No Oxford comma because Kierkegaard reflects the coexistence of reason and peace through his experience of faith.