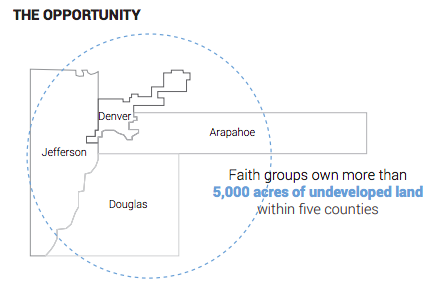 Caitlin Trussell with Augustana Lutheran Church on May 26, 2019

[sermon begins after the Bible reading from the Book of Acts; John reading is posted below the sermon]

Acts 16:9-15 During the night Paul had a vision: there stood a man of Macedonia pleading with him and saying, “Come over to Macedonia and help us.” 10 When he had seen the vision, we immediately tried to cross over to Macedonia, being convinced that God had called us to proclaim the good news to them. 11 We set sail from Troas and took a straight course to Samothrace, the following day to Neapolis, 12 and from there to Philippi, which is a leading city of the district of Macedonia and a Roman colony. We remained in this city for some days. 13 On the sabbath day we went outside the gate by the river, where we supposed there was a place of prayer; and we sat down and spoke to the women who had gathered there. 14 A certain woman named Lydia, a worshiper of God, was listening to us; she was from the city of Thyatira and a dealer in purple cloth. The Lord opened her heart to listen eagerly to what was said by Paul. 15 When she and her household were baptized, she urged us, saying, “If you have judged me to be faithful to the Lord, come and stay at my home.” And she prevailed upon us.

There are these moments when you’re hanging out, watching a movie, and suddenly – BAM – someone famous is on the screen that you didn’t expect to see.  But they’re on screen for such a brief moment that you weren’t sure it was them.  Surprise cameos often make the difference between a good movie and a great movie.  Those small moments catch us off guard and can flip the script in the middle of the action.  Some actors are known for cameos.  Samuel Jackson, Julie Andrews, Oprah Winfrey, and Dick Van Dyke are well known for adding that rare gem of gravitas in 30 seconds or less.  Different but similar to cameos are bit parts.  Bit parts are given to lesser known actors.  Bit parts can also make the difference between a good movie and a great movie.  By definition, cameos and bit parts are never the whole cast.  All the parts, big and small, are needed to tell the whole story.

Bible stories, especially in the books of Acts, make me wonder how many great directors and screen writers marinated in Biblical preaching growing up.  Sometimes, when I read certain parts of Acts, I wonder if I’ve ever read them before because they are wacky and surprise me all over again – like I never read them before.  These stories in Acts are filled with main characters, cameos, and bit parts essential to God’s whole story.  We’re well familiar with Paul.  Former persecutor of the church.  Murderer of Jesus’ followers.[1]  He literally had a come-to-Jesus meeting and started preaching the gospel.[2]  In the story today, a few chapters later, Paul has a vision.  The man from Macedonia in the vision could be considered a bit part but a bit part with big impact, sending Paul and Silas sailing toward Philippi in Macedonia.

We never hear about the man in the vision again.  Instead, Lydia shows up in her bit part.  Paul and Silas went ♬down to the river to pray.♪  Lydia was already down at the river to pray with other women in a place of prayer.  She’s from out of town too and also owns a business successful enough that she has her own household that gets baptized as well as hosts Paul and Silas.  I wish we knew more than the bit part we get about Lydia. Her story, the one where she’s the main character, would be fascinating. But we don’t.  The moment that stuck with me this time is the part about the Lord opening “her heart to listen eagerly to what was said by Paul.”  It stuck with me because it flips the script on how we usually think the gospel works.  We often think that we take the gospel out of the church doors and somehow are in charge of it.  We’re not far off.  We ARE called to share the gospel – to communicate with our lives and voices the unconditional love and grace of Jesus for each and every person.  What we tend to forget is how God goes ahead of us, guiding us with visions and opening our hearts, weaving the gospel story of bit parts with cameos of God’s own.

Here in Acts, we have the vision given to Paul and the Lord opening Lydia’s heart.  In the story here today, this equates in the story to a gospel call, gospel shared, and gospel received. Bit parts showing that there’s no such thing as a small role in the unpredictable imagination of the Holy Spirit.

Last week, Pastor Ann preached that the “doors of the church are open” through Peter’s experience of being called by the gospel to eat with people that his coworkers in the gospel thought were problematic.  When Peter was called to account for his reckless grace, he responded to his accusers with the memorable line, “Who am I to hinder God?”  A few chapters later, we find Paul in similar circumstances.  Sailing across the sea to Macedonia, encountering Lydia who was not from Macedonia but from Thyatira, also an out-of-towner.  Brought together in a place of prayer by the gospel, by God.  Neither one of those people could have imagined their encounter or the changes that would come from it.  Lydia’s household was baptized and she became recorded in history for her hospitality and generosity.  She’ll turn up one more time in next week’s Bible story from Acts after yet another plot twist for Paul and Silas.  Stay tuned…

As we play our bit parts, the challenge for us becomes listening with open hearts prepared by God.  We’ve all seen situations where the gospel has been used manipulatively to pump up egos and limit grace to a select few.  Bit parts like Lydia’s remind us that the unlimited grace of God moves outside the boundary lines we draw for ourselves and other people.  Paul meets her outside the city gate by the river, explicitly drawing us a picture of how the gospel works.  The city gates and the doors of the church are indeed open.  Much like today’s scripture, we can often get a glimpse of this reality by looking backwards to imagine forward.

Last spring, this congregation began a process to imagine where God might be calling us by the gospel.  A group of people that included Pastor Ann and me began meeting to plan strategically.  The congregation began talking and individually answering questions in the hopes of revealing common themes and a unified direction.  One of the things identified in that process was the congregation’s decade long history of vacant land that was originally slated for senior housing.  Congregation members long ago took out additional loans on their own homes to secure that land on behalf of the church’s commitment to the gospel.  For a variety of reasons, including the city of Denver at the time, the vision of senior housing didn’t materialize.  That very land continued to pulse with possibility even in its dormancy.  Transforming that land became a goal. A few congregation members in powerful bit parts of their own, attended a breakfast last fall hosted by Interfaith Alliance and discovered the Congregation Land Campaign.[3]  A Campaign that over the last few years identified almost 5,000 acres of unused land on faith community property that could be used for affordable housing.  One acre of that land sits at the bottom of the hill here, next to and behind our park on the slope. New meetings began here in the congregation that dovetailed the goal of Transforming Our Vacant Land and the Congregation Land Campaign.  Last week the congregation voted 98-7 to continue that process and figure out what Permanent Affordable Housing with a land lease could look like.  Those Holy Spirit cameos are inspiring a whole lot of bit parts adding up to exciting, unimaginable times for Augustana’s hospitality meeting deep need for people in our city.  Does it get any better than that?!

The Holy Spirit is already out of ahead of us.  Imagining. Inspiring. Softening hearts.  What we call a Strategic Plan is simply us trying to get a bead on where and how that’s happening. To get on board with what the Spirit is laying out ahead of us.  Next week on June 2, there’s a meeting between worship services for ministries in the congregation to strategize boldly because we are emboldened by God’s grace to continue to see what the Holy Spirit is imagining ahead of us.  Are we going to get it right?  Hardly.  Are we going to make every effort to be faithful?  You betcha.

It would be easy to sentimentalize our faith into solely a personal experience or to fall into despair for the wounded world.  We are made of stern stuff, my friends.  In water, wine, and bread we become what we receive – the risen Christ in the world.  We are emboldened by the grace of God into bit parts of the Spirit’s leading for the world God so loves.

Thanks be to God.  Amen! And Allelulia!

John 14:23-29Jesus answered him, “Those who love me will keep my word, and my Father will love them, and we will come to them and make our home with them. 24 Whoever does not love me does not keep my words; and the word that you hear is not mine, but is from the Father who sent me. 25 “I have said these things to you while I am still with you. 26 But the Advocate, the Holy Spirit, whom the Father will send in my name, will teach you everything, and remind you of all that I have said to you. 27 Peace I leave with you; my peace I give to you. I do not give to you as the world gives. Do not let your hearts be troubled, and do not let them be afraid. 28 You heard me say to you, “I am going away, and I am coming to you.’ If you loved me, you would rejoice that I am going to the Father, because the Father is greater than I. 29 And now I have told you this before it occurs, so that when it does occur, you may believe.