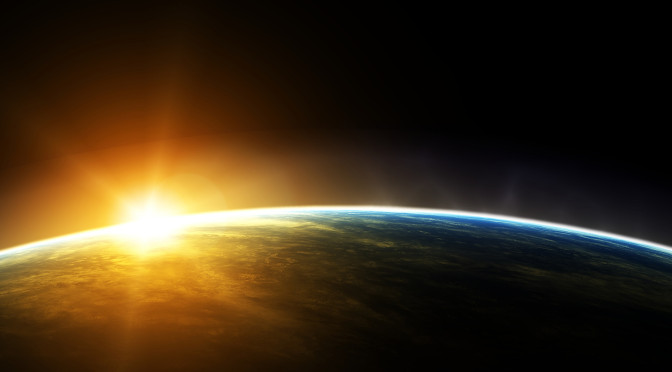 19This is the testimony given by John when the Jews sent priests and Levites from Jerusalem to ask him, “Who are you?” 20He confessed and did not deny it, but confessed, “I am not the Messiah.” 21And they asked him, “What then? Are you Elijah?” He said, “I am not.” “Are you the prophet?” He answered, “No.” 22Then they said to him, “Who are you? Let us have an answer for those who sent us. What do you say about yourself?” 23He said,
“I am the voice of one crying out in the wilderness,
‘Make straight the way of the Lord,’ ”
as the prophet Isaiah said.
24Now they had been sent from the Pharisees. 25They asked him, “Why then are you baptizing if you are neither the Messiah, nor Elijah, nor the prophet?” 26John answered them, “I baptize with water. Among you stands one whom you do not know, 27the one who is coming after me; I am not worthy to untie the thong of his sandal.” 28This took place in Bethany across the Jordan where John was baptizing.
[sermon ends]

World-building novels are escapes. Books like Lord of the Rings and Dune are older school versions of the genre. One latest favorite is the Lies of Locke Lamora. It has everything: classic world building elements like maps to give the reader a lay of the land; a cast of characters with depth and quirks aplenty; a whole different spin on faith; and a well-developed thread of honor among thieves. It’s completely indulgent. And, honestly, a little stressful.

Over the summer, towards the end of the first novel, I told myself that I wasn’t going to read the next one in the series. Then the cliff-hanger was so compelling that I told myself that I would only read the second book long enough to answer the cliff-hanger. I’m embarrassed to report the same pattern at the end of the second book going into the third. I just couldn’t imagine how the author was going to spin the tale to resolve the latest crisis. I’m relieved to report that the fourth book isn’t released yet so I don’t have to test my obvious lack of resolve any time soon.

In the meantime, a friend of mine sent me a book last week while I was sick. The Extraordinary Life of Sam Hell. An incredible story set in mostly present-day California, the author tells the story through the eyes of the main character who was born with ocular albinism. Sam has pink eyes. His mother is a devout Catholic. The novel is a compelling tale of faith, doubt, hope, and suffering, while avoiding trite explanations and easy resolution. It’s real world kind of stuff. I’ve been thinking about the contrast of the two tales quite a bit because I’m struck by the different effects they have on me. It makes me wonder all over again about the voices that we let in our heads. Not only that, it makes me wonder about the effects of stories and words on who we are as God’s people.

Our gospel reading highlights John, a man sent from God as a witness to testify to the light. His testimony was part of how people experience belief in Jesus. Some of the most beautiful words of scripture come right before these verses about John the witness:

These are important verses to our reading today because the light is described by who he’s for and by what he does. His life was light shining for everybody, all the people, and could not be overcome by darkness. John was a witness who testified to the light. It’s John’s purpose that I’m interested in today. His purpose to be a witness who testifies. John gives me pause to wonder not only about the voices in my own life who point to the light today but the choices that I make about who to listen to. Are the books that I read pointing me to the light that shines in the darkness or do they just point out varying levels of dark? This is a bigger question than simply reading or watching feel good things to feel good. It’s a moment of assessing who I’m listening to and why.

Twitter has been an interesting thought experiment in this regard. On Twitter, I follow a variety of thinkers – writers, comedians, theologians, activists, artists, scientists, and church types. It’s heavily curated because I unfollow them too. But I’ve been thinking more recently about this question of how they point to the light of Jesus, to the grace, challenge, justice, forgiveness, and more, that Jesus lifted up in his life and ministry for his followers to pay attention to. More than paying attention, the people who follow Jesus are formed by the lives that he asks us to lead as we love God and our neighbors. Talk about world building!

One of the things I miss in good ole in-person worship is the Confession and Forgiveness. We just haven’t figured out a way to include it in online worship so that it makes sense. This season’s confession acknowledges that “we’re held captive by sin [and] in spite of our best efforts, we have gone astray.” That’s just a piece of the confession. In the language of our scripture today, we could confess that we have not listened to those who have testified to the light and we ourselves have not testified to the light. In our tradition, it’s this kind of confession that helps us see where we let ourselves and others down, where we live as if darkness is more powerful than the light of Jesus, where we think that whatever we may have to say doesn’t matter in the grand scheme of things.

The forgiveness part of today’s confession goes like this:

your sins are forgiven, and you are free—

free from all that holds you back

and free to live in the peaceable realm of God.

May you be strengthened in God’s love,

and accompanied with the power of the Holy Spirit. Amen.

On the one hand, we could say, “Oh, those are just words.” But we are part of a tradition that believes in the power of words to create, to bring life into being, to bring a light into being that is so powerful there is no way for darkness to have its way completely. The more we listen to words of light from witnesses who testify to it, the more prepared we are to testify to it while birthing justice, hope, and faith in a world building the kingdom of God.

So that’s your homework for this third week in Advent. Who are you listening to that shines the light of Jesus, for all people, no matter the darkness? Who are the friends, family, singers, authors, directors, actors, politicians, educators, journalists, activists, scientists and more, that continue testifying to the light shining in the darkness? The light of Jesus from the swaddled baby to self-sacrificing adult given for the life of all people. Advent is the perfect time to take this kind of inventory.

Advent is an expectant, pregnant time. In this pregnant time, the light of Jesus is like a twinkle in Joseph’s eyes and a glow on Mary’s face. The light is shrouded in the darkness of a life-giving belly but it’s still there – pulsing and wiggling into position for the hard work of labor. When we light our Advent candles, the flames pulse and wiggle as an echo of the one whose birth we will celebrate and whose return we anticipate. The light shines in the darkness and the darkness does not, cannot, never will overcome it! Thanks be to God and amen.