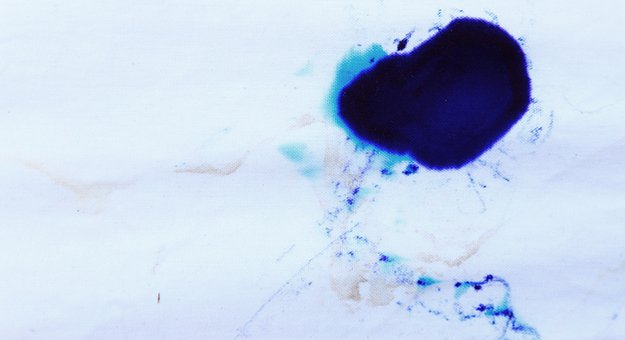 John 6:3-14 Jesus went up the mountain and sat down there with his disciples. 4 Now the Passover, the festival of the Jews, was near. 5 When he looked up and saw a large crowd coming toward him, Jesus said to Philip, “Where are we to buy bread for these people to eat?” 6 He said this to test him, for he himself knew what he was going to do. 7 Philip answered him, “Six months’ wages would not buy enough bread for each of them to get a little.” 8 One of his disciples, Andrew, Simon Peter’s brother, said to him, 9 “There is a boy here who has five barley loaves and two fish. But what are they among so many people?” 10 Jesus said, “Make the people sit down.” Now there was a great deal of grass in the place; so they sat down, about five thousand in all. 11 Then Jesus took the loaves, and when he had given thanks, he distributed them to those who were seated; so also the fish, as much as they wanted. 12 When they were satisfied, he told his disciples, “Gather up the fragments left over, so that nothing may be lost.” 13 So they gathered them up, and from the fragments of the five barley loaves, left by those who had eaten, they filled twelve baskets. 14 When the people saw the sign that he had done, they began to say, “This is indeed the prophet who is to come into the world.”

Genesis 50:15-21  Realizing that their father was dead, Joseph’s brothers said, “What if Joseph still bears a grudge against us and pays us back in full for all the wrong that we did to him?” 16 So they approached Joseph, saying, “Your father gave this instruction before he died, 17 Say to Joseph: I beg you, forgive the crime of your brothers and the wrong they did in harming you.’ Now therefore please forgive the crime of the servants of the God of your father.” Joseph wept when they spoke to him. 18 Then his brothers also wept, fell down before him, and said, “We are here as your slaves.” 19 But Joseph said to them, “Do not be afraid! Am I in the place of God? 20 Even though you intended to do harm to me, God intended it for good, in order to preserve a numerous people, as he is doing today. 21 So have no fear; I myself will provide for you and your little ones.” In this way he reassured them, speaking kindly to them.

Philippians 4:4-9  Rejoice in the Lord always; again I will say, Rejoice. 5 Let your gentleness be known to everyone. The Lord is near. 6 Do not worry about anything, but in everything by prayer and supplication with thanksgiving let your requests be made known to God. 7 And the peace of God, which surpasses all understanding, will guard your hearts and your minds in Christ Jesus.  8 Finally, beloved, whatever is true, whatever is honorable, whatever is just, whatever is pure, whatever is pleasing, whatever is commendable, if there is any excellence and if there is anything worthy of praise, think about these things. 9 Keep on doing the things that you have learned and received and heard and seen in me, and the God of peace will be with you.

Yesterday was not my finest moment.  I woke up on the wrong side of the bed.  Tried to snow shovel my bad mood away to minimal effect.  Pulled my worship robe a.k.a. alb out of the wash only to discover dark blue spots of ink across its whiteness because I’d left a pen in my pocket.  Borrowed bleach from a neighbor.  Had a meltdown during ink blotting with rubbing alcohol because my in-laws gave me the alb when I was ordained.  The same in-laws who completed their baptismal journeys in the last year and are now at rest in the company of the saints in light.  The same in-laws who spent Thanksgivings with us every year for over 20 years.  The same mother-in-law who was my go-to spot and stain advisor.  That woman could get any kind of stain out of any kind of thing breaking all the stain-blasting rules while she did it. She was like a stain miracle worker.  Which brings up the topic of miracles, my planned Thanksgiving Eve sermon theme.

The reason miracles have been on my mind is because of my Uncle Larry.  Rob and I recently visited him during a journey through Massachusetts.  My good uncle feels deeply and thinks broadly.  He’s funny and intense and full of love.  And he has this thing he does when he tells a story.  As an opener, he lists the number of miracles involved.  He told one particular story in which the lead comment was this, “There were FIVE miracles!” (hand held up, five fingers out).  I was so enamored with the way he unpacked his tale around these five miracles.  “First miracle,” he said with corroborating details.  “Second miracle,” he said.  More details.  Finally, the fifth miracle rolled around.  The story rich with feeling and color commentary.  I loved it so much that I called him last Saturday to ask him if I could talk about the way he talks about miracles.  We discussed my intentions.  He said, “Yes.”  And then we talked for almost an hour about miracles and so much more.

We could have a theologians’ argument about what constitutes a miracle…supernatural events that defy scientific explanations, et cetera, et cetera…and what doesn’t constitute a miracle.  But what appeals to me about my uncle’s story telling is the gratitude that pours through his miracle stories. Gratitude for the surprising turn of events that lead to the good and unexpected ending.  Our Bible stories from Genesis and the Gospel of John both include surprising turns of events leading to good and unexpected endings.  The culmination of Joseph being sold into slavery by his brothers years before becomes what we hear this evening as his brothers ask for his forgiveness.  If Joseph were here with us, how many miracles would he name in the same way Uncle Larry might?  How many moments added up to that singular moment of his brother’s forgiveness?  And the disciples’ consternation about how to feed all those people is solved unexpectedly by Jesus with a boy’s sack lunch.  How would the disciples name the miracles leading up to the big miracle of 5,000 meals plus leftovers?  How many fingers would they hold up as they listed them?

Pointing to miracles is different than saying that everything happens for a reason.  Sometimes the reasons things happen is because of our sin.  Joseph’s brothers had jealousy, anger, and sin on their minds when they sold him into slavery.  God brought good from their evil intentions for Joseph but it’s an injustice to name God as the agent of the brother’s sin.  Pointing to miracles is also different than saying that our material goods are blessings.  Miracles, as in the Gospel of John, are signs that reveal the love of God through Jesus.

In that light, and the awareness of my own imperfections in this regard, I’d like to suggest a bit of miracle-telling.  Not a crowd-share time, but a moment of remembering the miracles in a story.  Here’s my example. Please listen with a bit of grace.

There were FIVE miracles.  First miracle, my in-laws gave me an alb that I wore without incident for almost seven years as a pastor.  Second miracle, their love and pride of my work meant that they readily incorporated my parish commitments into our family traditions. Third miracle, and maybe the most important, my mother-in-law wrote down her pumpkin pie recipe and baked it with me many times so now I’m able to bake it for our family dinner. Fourth miracle, my husband and our daughter were able to reach through my ink-blotting meltdown to give their encouragement and love.  Fifth miracle, that there are tears of love to cry in grief for in-laws. Five miracles, a lot of love, and ultimately love in the form of other people on the planet who give us the tiniest glimpse of how much God loves us.

Jesus was deeply concerned with feeding people, freeing prisoners, loving enemies, healing the sick, serving the vulnerable, disrupting the comfortable, and so much more. In the forefront of the gospel is that it is “good news of great joy for all the people.”[1] It’s why we do things like  donate to ELCA World Hunger and the Chili Challenge for Metro Caring and George Washington High School’s food pantries. It’s also why I would never want to minimize or short-change the love of Jesus to the exclusion of anyone else or to the pain that is real and present in the world.  But Jesus also loves us personally.  For my part, in this year of firsts without Rob’s parents, there are miracles that reveal God’s love in the story of their lives and ours.  If you’re in need of such moments, by all means frame your story – meltdowns and all – on the miracles woven through them that reveal God’s love.  As the encouragement goes in the letter to the Philippians, “if there is anything worthy of praise, think on these things.”  Happy Thanksgiving and amen.

[1] Luke 2:8-11 In that region there were shepherds living in the fields, keeping watch over their flock by night. 9Then an angel of the Lord stood before them, and the glory of the Lord shone around them, and they were terrified. 10But the angel said to them, ‘Do not be afraid; for see—I am bringing you good news of great joy for all the people: 11to you is born this day in the city of David a Saviour, who is the Messiah, the Lord.