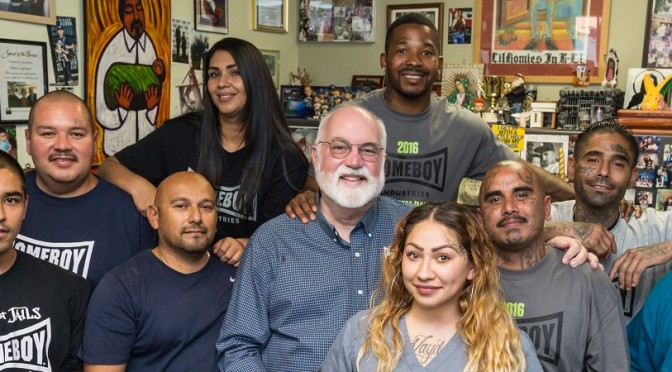 Mark 8:31-38  Then he began to teach them that the Son of Man must undergo great suffering, and be rejected by the elders, the chief priests, and the scribes, and be killed, and after three days rise again. 32 He said all this quite openly. And Peter took him aside and began to rebuke him. 33 But turning and looking at his disciples, he rebuked Peter and said, “Get behind me, Satan! For you are setting your mind not on divine things but on human things.” 34 He called the crowd with his disciples, and said to them, “If any want to become my followers, let them deny themselves and take up their cross and follow me. 35 For those who want to save their life will lose it, and those who lose their life for my sake, and for the sake of the gospel, will save it. 36 For what will it profit them to gain the whole world and forfeit their life? 37 Indeed, what can they give in return for their life? 38 Those who are ashamed of me and of my words in this adulterous and sinful generation, of them the Son of Man will also be ashamed when he comes in the glory of his Father with the holy angels.”

Late night comedians would have a field day with Peter – the classic straw man, so easily critiqued. He’s perfected the theological equivalent of the prat fall. But Peter’s comments are often reasonable with a consistent logic. Just a couple of verses before the Bible reading from Mark, Jesus asks the disciples, “But who do you say that I am?”[1] We can imagine Peter’s answer, filled with awe, love, and bumbling pride. “You are the Messiah,” he says. Only thing is that Jesus never calls himself the Messiah in Mark’s gospel.

A couple of verses after Peter’s “Messiah” answer, Jesus refers to himself as the Son of Man in our reading today. The Son of Man title comes from the book of Daniel and refers to a person who disrupts human powers from their questionable goals.[2]  Jesus’ self-reference as the Son of Man is in conflict with Peter naming him as the Messiah. In this light, Peter’s rebuke of Jesus is actually quite reasonable. The internal logic of identifying a Messiah means that a shameful death of said Messiah wouldn’t compute. Peter’s rebuke seems meant as a reminder to Jesus about the righteous path – or what Peter reasons out at as righteous.

The rebukes come quickly. Peter takes Jesus to the side and rebukes him. Jesus opens the conversation to include all the disciples and rebukes Peter. Peter is trying to rebuke the idea of Jesus’ death on a cross. Jesus is reporting the logical end of his work. His work includes tossing out demons, healing blind people, forgiving sins, and confronting the status quo of the powers that be. Jesus can only confront the powers that be for so long before the inevitable power play. In the first century, for Jesus, this meant an epic public smack down, a death on a cross, in return for his efforts. It’s not rocket science. It’s retribution.

Jesus says, “If any want to become my followers, let them deny themselves and take up their cross and follow me.”[3] There are many a good sermon about personal crosses to bear. However, Jesus words here in Mark seem to connect to the public nature of crucifixion. People crucified in the first century had to literally carry their cross to the place of execution.[4] Jesus’ listeners would have seen in their mind’s eye this image of carrying the cross and heard the mocking taunts that accompany the procession.

Jesus is asking his disciples to pick up the cross. Choosing people over power, prestige, and even life itself. That’s a tall order. Pretty much the only one who’s able to fill the tall order is Jesus. In just a few short chapters, he’ll be carrying his cross with the help of Simon of Cyrene.[5] The disciples fall away the closer Jesus gets to the crucifixion. Mark’s gospel reminds everybody of the call of discipleship and what it means to follow the One who is actually faithful to the end.[6]  Jesus opens up the possibilities beyond what we can imagine. His faithfulness to his death and through his death fuels the fire of disciples. Their early stories are in the New Testament. But there are plenty of disciples alive today who continue to inspire. We see these people and see Jesus working through them.

Gregory Boyle is one such disciple. Thirty years ago he began working with young people in the heart of Los Angeles as they figured out life after gangs. He’s still doing it. His latest book is about radical kinship.  It’s called Barking to the Choir because one of the young people he worked with waved off Boyle’s comments with the comment, “Don’t sweat it bald-headed…Your barking to the choir.”[7]  Mixing his metaphors became an apt description for jostling the status quo of a world divided into us and them, into powers that be for themselves and not for everyone. Boyle encourages us with a gospel that Jesus took so seriously that he lost his life barking about it. And by barking, I mean the radical kinship embodied by Jesus – healing, forgiving, loving, and kicking those demons to the curb.  That kind of barking is hard to ignore because it’s about redemption.

Barking makes me think about my dog Sunny. When she’s determined about something, she barks. It’s her go to move and, when she’s about it, it’s difficult to pay attention to anything else. Boyle is specific about the kind of barking he’s talking about. He makes the point that the radical kinship embodied through the gospel of Christ is not one of anger. Anger continues to close the fists we end up shaking at each other.[8]  Radical kinship opens those fists and calls us together.

Notice that Peter takes Jesus off to the side and, in response, Jesus turns back to include the other disciples and then not just the disciples but he called the crowds with them, too. Jesus says to all of them that following him includes taking up their crosses and losing their life to gain their life. Their cross. Their life. A cross that comes through Jesus’ radical kinship. A cross that means each of us engaging in the way we’re empowered through baptism by the gifts of the Spirit to engage. This engagement does and will disrupt the status quo and the powers that be in our own lives and in the wider world. That’s what happens when the status quo is redeemed – redeemed out of what Boyle calls the status quo of “incessant judging, comparisons, measuring, scapegoating, and competition.”[9]

The status quo goes to town in each of us, showing up in unconscious behavior and attitudes. Think about the ways you keep beating yourself up over past actions as if you’re beyond God’s redemption. Think about the ways you decide that other people are undeserving or outside of God’s love and acceptance. We tend to draw a line around where God’s redemption is possible. There are a variety of situations that beg the question, “Do we believe in redemption or don’t we?” Our answer to that question is often “no” and we continue to judge, compare, measure, scapegoat, and compete; like Peter we continue to separate Jesus from the very people Jesus includes in ever widening circles of redemption.

Jesus reminds us that separation from each other isn’t true – even when we act like it is.

Jesus meets our separation with kinship, disrupting the status quo and enlivening us for the sake of the gospel.

By proclaiming the cross to his disciples, Jesus empowers us to take up the cross and follow him on the way of redemption for the sake of the world. Thanks be to God.