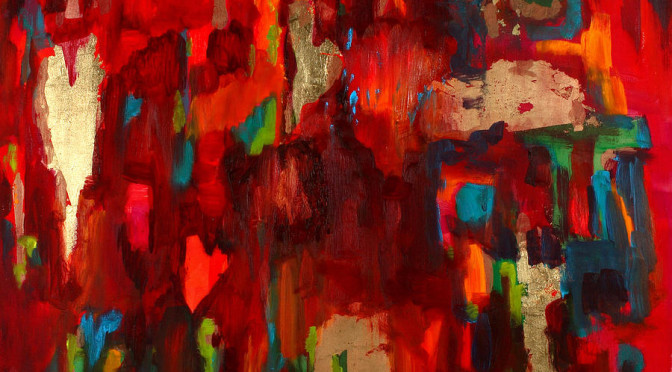 [sermon begins after three Bible readings – hang in there]

Mark 7:1-7, 14-16, 20-23 Now when the Pharisees and some of the scribes who had come from Jerusalem gathered around [Jesus], 2they noticed that some of his disciples were eating with defiled hands, that is, without washing them. 3(For the Pharisees, and all the Jews, do not eat unless they thoroughly wash their hands, thus observing the tradition of the elders; 4and they do not eat anything from the market unless they wash it; and there are also many other traditions that they observe, the washing of cups, pots, and bronze kettles.) 5So the Pharisees and the scribes asked him, “Why do your disciples not live according to the tradition of the elders, but eat with defiled hands?” 6He said to them, “Isaiah prophesied rightly about you hypocrites, as it is written,
‘This people honors me with their lips,
but their hearts are far from me;
7in vain do they worship me,
teaching human precepts as doctrines.’
8You abandon the commandment of God and hold to human tradition.”
14Then he called the crowd again and said to them, “Listen to me, all of you, and understand: 15there is nothing outside a person that by going in can defile, but the things that come out are what defile.”
21For it is from within, from the human heart, that evil intentions come: fornication, theft, murder, 22adultery, avarice, wickedness, deceit, licentiousness, envy, slander, pride, folly. 23All these evil things come from within, and they defile a person.”

James 1:17-27 Every generous act of giving, with every perfect gift, is from above, coming down from the Father of lights, with whom there is no variation or shadow due to change. 18In fulfillment of his own purpose he gave us birth by the word of truth, so that we would become a kind of first fruits of his creatures.
19You must understand this, my beloved: let everyone be quick to listen, slow to speak, slow to anger; 20for your anger does not produce God’s righteousness. 21Therefore rid yourselves of all sordidness and rank growth of wickedness, and welcome with meekness the implanted word that has the power to save your souls.
22But be doers of the word, and not merely hearers who deceive themselves. 23For if any are hearers of the word and not doers, they are like those who look at themselves in a mirror; 24for they look at themselves and, on going away, immediately forget what they were like. 25But those who look into the perfect law, the law of liberty, and persevere, being not hearers who forget but doers who act—they will be blessed in their doing.
26If any think they are religious, and do not bridle their tongues but deceive their hearts, their religion is worthless. 27Religion that is pure and undefiled before God, the Father, is this: to care for orphans and widows in their distress, and to keep oneself unstained by the world.

Deuteronomy 4:1-2, 6-9 So now, Israel, give heed to the statutes and ordinances that I am teaching you to observe, so that you may live to enter and occupy the land that the Lord, the God of your ancestors, is giving you. 2You must neither add anything to what I command you nor take away anything from it, but keep the commandments of the Lord your God with which I am charging you.
6You must observe them diligently, for this will show your wisdom and discernment to the peoples, who, when they hear all these statutes, will say, “Surely this great nation is a wise and discerning people!” 7For what other great nation has a god so near to it as the Lord our God is whenever we call to him? 8And what other great nation has statutes and ordinances as just as this entire law that I am setting before you today?
9But take care and watch yourselves closely, so as neither to forget the things that your eyes have seen nor to let them slip from your mind all the days of your life; make them known to your children and your children’s children.

Our young adult son was about 11 years old when he leaned over and whispered, “Why does he always make us sound so bad?”[1] We were in Sunday worship. His question came during the hymn after the sermon. Quinn’s question led to a conversation on the car ride home about sin. A little heavy-duty maybe, but it was good for us to wrestle with the topic together as a family. He was in good company. Most people don’t really like the word. In fact, I often use milder terms like flaws or imperfections to talk about sin because many people have been beaten up by the language of sin and pretty much stop listening when the word is uttered. You can see the risk I’m taking as a preacher by opening with it.

Using the word sin is also a risk because the word isn’t used in the four Bible readings today. Not once. Check it out. I read through them with care. Let me know if you can find the word because I couldn’t. Words that ARE used in the readings include defile, evil, sordidness, and wickedness. This sermon is slipping even further into touchy territory. Touchy because many people have been hurt by accusations of being irredeemable. Touchy because, like my son Quinn, many people question conversations and sermons that make them feel bad.

These questions are relational – meaning that these behaviors affect relationships between people. The questions that I listed help translate Jesus’ list into the here and now. Granted, I’ve kept the questions fairly nonthreatening. We could dive deeper with the questions and shift into the brutally honest but that’s neither wise nor kind since we’re not talking back-and-forth in this moment. Although, I’m game for that conversation if anyone would like to have it. The point of asking those questions is to reveal a truth about being human. We have the capacity for evil within us. We see it play out in our own lives and in other people’s lives near and far. Jesus’ challenge to his disciples at the end of the Mark reading reveals the limits of our own efforts to avoid the naughty column and list ourselves among the nice.

Jesus’ teaching also highlights the limits of religious tradition. He cautions us against creating doctrine out of traditions. It’s also a good moment to normalize the Jewish traditions in the reading of washing hands before eating and washing the dishes afterwards – things many of us do every day. The Pharisees and Jesus were debating the relevance of religious tradition in light of God’s commandments. It’s important to remember that God gave the Ten Commandments to sustain life among God’s people. They were life-giving. The Deuteronomy reading today emphasizes life in this part of the preamble to the Big Ten. Moses said, “…give heed to the statutes and ordinances that I am teaching you to observe, so that you may live…”

Jesus’ list of sins in the Mark reading describe what happens when the commandments aren’t followed, and we break our relational obligations to each other with sinful behavior. As Christians, we hear Paul’s letters in the Bible separating the law from salvation to the point that we forget that the law’s intention is life-giving. Christian scripture often reminds us that God’s relationship with us does not depend on tallying up points in our favor by following the law. God’s relationship with us depends on God’s goodness first and not our own achievements of obedience.

Which brings us to the reading from James. This Sunday we start five weeks in which our second readings in worship come from the book of James. Lutheran Christians can struggle with James because we often think it leads with action, calling for obedient action as evidence of a living faith. Martin Luther even called it the “epistle of straw” for its lack of emphasis on grace. You have guessed correctly if you anticipated my suggestion to read the short book of James this week. It’s not clear who James was written for, but it seems to be written as encouragement for a group of Jesus followers who are at risk from a hostile ruling class.[2] And the encouragement towards obedience and action seems intended to connect thoughts about faith with living the faith. It’s much easier to listen quietly than to live out our faith. The book of James challenges us to be more than hearers of the word by becoming doers of the word. We know from experience that our hearts contain more than the sins listed in Mark. Humans are creatures capable of great compassion, courage, and care. James connects those positive actions of the heart with God when he writes that, “Every generous act of giving, with every gift, is from above, coming down from the Father of lights.”

When I pray, “We love you God, thank you for loving us first,” I’m reminded of God’s goodness as the ignition for my own actions – even the act of love. Quinn’s question about badness is only a piece of the story of the heart. Later in the 10th chapter of Deuteronomy, Moses tells the people to circumcise their hearts, meaning that their identity is secured first by God’s love and only then becomes visible by their obedient acts of love.[3] Jesus similarly challenged his disciples, cracking open religious ritual to amplify the call on the heart to which we are also called. Our religious practices serve as an amplifier to our call as disciples. Then discipleship becomes a gift in our own and other peoples’ lives as we hear and do a life of faith. Faith that’s born from the God whose love makes goodness possible. Thanks be to God and amen.