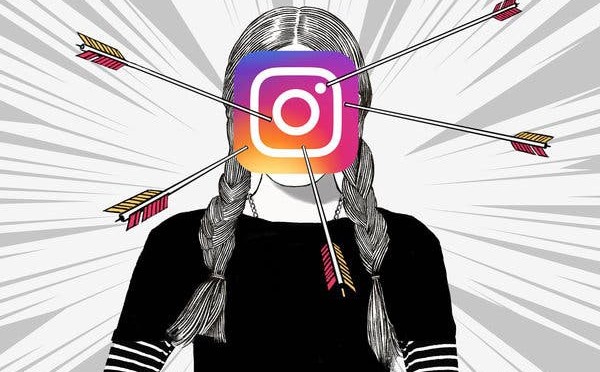 Matthew 13:24-30 [Jesus] put before [the crowds] another parable: “The kingdom of heaven may be compared to someone who sowed good seed in his field;25but while everybody was asleep, an enemy came and sowed weeds among the wheat, and then went away. 26So when the plants came up and bore grain, then the weeds appeared as well. 27And the slaves of the householder came and said to him, ‘Master, did you not sow good seed in your field? Where, then, did these weeds come from?’ 28He answered, ‘An enemy has done this.’ The slaves said to him, ‘Then do you want us to go and gather them?’ 29But he replied, ‘No; for in gathering the weeds you would uproot the wheat along with them. 30Let both of them grow together until the harvest; and at harvest time I will tell the reapers, Collect the weeds first and bind them in bundles to be burned, but gather the wheat into my barn.’ ”

Romans 8:12-25  So then, brothers and sisters, we are debtors, not to the flesh, to live according to the flesh—13for if you live according to the flesh, you will die; but if by the Spirit you put to death the deeds of the body, you will live. 14For all who are led by the Spirit of God are children of God. 15For you did not receive a spirit of slavery to fall back into fear, but you have received a spirit of adoption. When we cry, “Abba! Father!” 16it is that very Spirit bearing witness with our spirit that we are children of God, 17and if children, then heirs, heirs of God and joint heirs with Christ—if, in fact, we suffer with him so that we may also be glorified with him.
18I consider that the sufferings of this present time are not worth comparing with the glory about to be revealed to us. 19For the creation waits with eager longing for the revealing of the children of God; 20for the creation was subjected to futility, not of its own will but by the will of the one who subjected it, in hope 21that the creation itself will be set free from its bondage to decay and will obtain the freedom of the glory of the children of God. 22We know that the whole creation has been groaning in labor pains until now; 23and not only the creation, but we ourselves, who have the first fruits of the Spirit, groan inwardly while we wait for adoption, the redemption of our bodies. 24For in hope we were saved. Now hope that is seen is not hope. For who hopes for what is seen? 25But if we hope for what we do not see, we wait for it with patience.

My mother-in-law, now at rest in the company of the saints in light, would die all over again if she knew how long I delayed in tending my backyard flower garden. She was passionate about her gardens. During the last several months, I’ve prioritized family, friends, work, reading, and exercise…and even my little patch of garden in the front…over the jungle takeover in the back. The reckoning for this neglect came last weekend. I went after it, inviting – actually pretty much begging – my 21-year-old daughter to start the project with me so that I could finally get going on it. (I’m relationally motivated that way.) I found her a hearty pair of work gloves whilst I approached the weeds with weary gardening gloves. So weary were these gloves and so prickly were the weeds that I started pulling them with a pair of pliers. (Don’t tell Rob). Low and behold, according to the Bible anyway, I could have simply left the weeds to grow alongside the more desired flora and let God handle it in the end.

But, of course, Jesus isn’t telling a literal tale in today’s Bible reading. It’s a parable. A parable is a story told to illustrate where the listener’s attention should be. The Gospel of Matthew spends some of its time trying to figure out who’s in and who’s out. In this parable, Jesus is telling his listeners that it’s not their job to figure out the insiders from the outsiders, the weeds from the wheat. In the Gospel of Matthew, it’s their job to follow Jesus. The same Jesus who said, “Blessed are the merciful…[and] blessed are the peacemakers.”[1] The same Jesus who said, “You shall love your neighbor as yourself.”[2]  Jesus didn’t ignore the weeds. Silence in the face of oppression and injustice was not what Jesus did. He regularly and actively challenged the powers that be on behalf of the poor in spirit and the persecuted.[3] In the parable of the weeds and the wheat, he’s reminding the listener that it’s impossible to identify oneself as either weed or wheat. Although, we tend to think we’re the wheat and that other people are those nasty weeds.

Identifying weeds and wheat takes on the either/or proposition that we humans seem to relish as much as the faith community in the Gospel of Matthew. One case in point is what’s known as “cancel culture.”[4]  Canceling initially meant to boycott someone in power who has committed atrocious acts against other people – think Jeffery Epstein who sex-trafficked young girls or Harvey Weinstein who exploited his position as a movie producer. Canceling was a way for the community to reduce the power of people who abused their position of authority to hurt other people. It has evolved into cutting someone out of the conversation so that constructive dialogue with opponents is no longer necessary or possible.[5] Canceling reduces people as unworthy based on a moving target of ideological purity. It makes me wonder how long it will take before no one is ideologically pure enough to survive cancel culture. Before anyone gets on a high horse, this happens across political and cultural ideologies. No one is immune to the temptation to cancel or to being canceled. One tweet or blog post or comment that doesn’t measure up to the purity code, and you’re out.

Canceling in its current form seems to move against every lesson that Jesus tells us about how grace works. No grace or transformation exists in cancel culture. It’s about social shaming. Nuance is lost as the humanity of the opponent is canceled. Violence becomes easier once opponents are dehumanized. Just like that, we’ve circled back to the parable of the wheat and the weeds; back to the either/or proposition of ideological purity. Ultimately, we’re back to the cross, where shame and ideological purity lead to inevitable violent death. And the earth groans in its shadow.

No wonder the whole earth is groaning as described in the Romans reading. I’m no fan of the Apostle Paul’s first century inclination to pit our flesh against our spirit. Once again, the either/or proposition becomes oversimplified in such distinctions. However, Paul makes a key theological move by indirectly placing the wheat and weeds distinction within each person. He makes an important claim that our whole selves wrestle with being saint and sinner at the same time. If you want to be Christian-fancy, you can quote Martin Luther’s “simul iustus et peccator” – simultaneously righteous and a sinner. The letter to the Romans describes it as adoption out of bondage to decay. That’s heavy-handed language but it gets at an important truth about our tendencies as earth’s creatures. Our hope rests in the comfort of adoption and the challenge of labor. The metaphor of groaning in labor aptly describes our current moment. Pregnancy and labor are expectant and hopeful but also painful and hard.

A few weeks ago, I was one of the people who downloaded the necessary channel for watching the musical Hamilton. There was an accompanying video of cast interviews that I watched to gear up for the show. The interviewer asked the cast about their experience of the state of world today. One cast member talked about how excited he is about the possibilities. That maybe what we’re going through will birth a society better equipped for 21st century life together. His excitement was infectious at a time when groans of despair are intermittently muted only by shouts of rage. Not a lot of fun to be had but there is hope. The kind of hope experienced by a laboring woman.

In the birth process, groaning in labor is active waiting. (Lest we think that we’re being encouraged by the Apostle Paul to hang out in a Barcalounger recliner while we wait.) Labor is active, sweaty, painful waiting. Our adoption as children of God calls us into midwifery for a planet groaning in labor. At our baptism, we pray to God to:

Our baptism in the power of the Holy Spirit empowers us to actively wait in hope through our adoption as children of God. This is transformation through grace while the earth groans in labor. Thanks be to God and amen.

Hymn of the Day: Canticle of the Turning

[4] Merriam-Webster. “What It Means to Get ‘Canceled.’” https://www.merriam-webster.com/words-at-play/cancel-culture-words-were-watching#:~:text=The%20term%20has%20been%20credited,calls%20to%20cancel%20such%20figures.