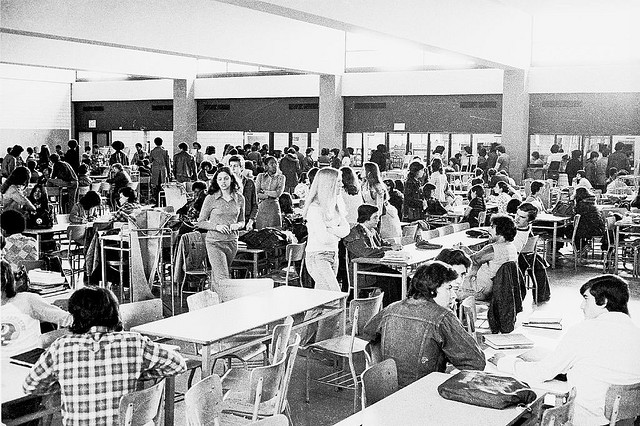 Luke 14:1, 7-14  On one occasion when Jesus was going to the house of a leader of the Pharisees to eat a meal on the sabbath, they were watching him closely.
7 When he noticed how the guests chose the places of honor, he told them a parable. 8 “When you are invited by someone to a wedding banquet, do not sit down at the place of honor, in case someone more distinguished than you has been invited by your host; 9 and the host who invited both of you may come and say to you, “Give this person your place,’ and then in disgrace you would start to take the lowest place. 10 But when you are invited, go and sit down at the lowest place, so that when your host comes, he may say to you, “Friend, move up higher'; then you will be honored in the presence of all who sit at the table with you. 11 For all who exalt themselves will be humbled, and those who humble themselves will be exalted.” 12 He said also to the one who had invited him, “When you give a luncheon or a dinner, do not invite your friends or your brothers or your relatives or rich neighbors, in case they may invite you in return, and you would be repaid. 13 But when you give a banquet, invite the poor, the crippled, the lame, and the blind. 14 And you will be blessed, because they cannot repay you, for you will be repaid at the resurrection of the righteous.”

Picture this with me…you’re in a school cafeteria… … …do you have that picture?  Picture the other kids.  Who are they?  Where are they sitting?  More importantly, where are you going to sit?  You have your tray or your brown bag or your lunchbox and you’re standing there, trying to act chill but you’re not feeling chill at all.  Picture it…where are you going to sit?  You see a few open seats at one table but you’re not friends with them.  You see another seat but the person sitting next to it kind of scares you or intimidates you.  You see another open seat next to a kid you talk to sometimes in History class.  You’ve been standing awhile now and so you bee-line over to that seat, plunk down and start eating.

Let’s make it trickier.  I was talking with some kids recently who were talking about teenage jobs and which ones were cool and which ones weren’t.  When I asked how this all gets figured out and why even talk about it, one of them said to me, “Well, grown-ups are the same way about jobs.”  This led me to thinking about jobs, meetings and this TED video I watched recently about who gets a place at the table, literally, when important decisions are being made.[1]  Are you starting to get an idea about how my brain works?

Anyway, one would think that the metaphor of the table and the actual table itself would be completely cleared of all helpful meaning but evidently we’re not tired of talking about it or sitting around it. This table thing is here, there, and everywhere.  21st century?  1st century?  Doesn’t matter.  People love to talk about the table and, more specifically, who gets to sit where.

Dinner at a leader of the Pharisee’s home sounds much like the tables in the school cafeteria.   The seating ranges from not-so-good (read: humble), good, better, and the best.  Jesus sees the situation for what it is and begins to talk about it almost as if to say that to find the best seat, look for the least appealing seat and sit there.  Which of course, when you’re involved in seat-shifting shenanigans only serves to flip them in the opposite direction, creating a whole other kind of seating hierarchy but a hierarchy nonetheless.  So the labor for a good seat continues, only now the question becomes one of identifying as the most humble among us all which, ironically, is just the other side of the pride coin.  There is nowhere to sit and nowhere to hide.  So what in heaven’s name did Jesus just do?

Well, on this Labor Day weekend, I’d like to suggest that Jesus just ran away with the table, the seats, and our labor to make sense of ourselves in the way we stack up over and against, or under and against other people. This is Jesus as his prankster finest.  Ashton Kutcher’s efforts pale in comparison to what Jesus has up his sleeve.[2]

My own life as a prankster was cut short in kindergarten.  I thought it would be really funny to pull the chair out from under someone as they were sitting down and it was straight to the principal’s office for me.  A failed attempt at replicating the old pepper-in-the-face gag to make my little sister sneeze ended even more miserably – for her and for me when my mother caught wind of it. Still today, my discomfort with pranks is so high that I’m often moving fast away from the one organizing the prank.  What I’m trying to say, albeit not very well, is that it sometimes takes a prankster to spot one.

And in this story, I spot Jesus pulling a prank as he gives us nowhere to sit at the table without consciously thinking, “Is this humble enough?  How about this?  Or this, is this humble enough?”  And as we stand there wondering where to sit, we catch sight of ourselves in the mirror hanging on the wall… …  Caught again…

Caught again in our own labor to create meaning by stacking ourselves over and against our fellow humans in whatever way our seat assignment at the table defines our rank and defines our selves.   Without the table there, we see ourselves and each other in this mirror.  If we’re not really careful, this exposure to our own shenanigans and each other’s shenanigans can lead us to an easy cynicism about other people’s motives.  Seeing them clearly, so trusting no one.

All we had to do to see this cynicism in action this week was open a newspaper, news website or your favorite blog to check out the latest on Miley Cyrus.  Everyone’s taking sides, mostly in critique of her although there are a few writers who come to the table dance with a bit of compassion.

However the conversations go, the table, the chairs and the seating chart are in place and we think we see the shenanigans fully revealed.  If there’s anything to be learned after the week’s news about Syria was overshadowed by the week’s news about Cyrus, it’s that the move to easy cynicism has become a chair in which many find themselves seated.

But the prank that Jesus pulls by removing the table isn’t his final move.  It’s not simply about mischief making that exposes our humanity.   It is about God entering humanity in Jesus and replacing the tables of our own making with one of his own.  Replacing the table through that same humanity. [3]

It is this table, brought to us by Jesus’ decent into death from the cross, which levels the seating.  We tend to picture the mighty falling and being replaced with the humble at the seat of honor, which would be the way we might see if it were our table.  But this table exalts the humble even as the lofty are humbled so that no one can claim to be above the line or push anyone else below it.  This is the table from which we can see the cafeteria game for what it is.  It is also the table the beloved Reverend King marched from with a multi-ethnic, multi-religious band of people to declare our common humanity.  Some table!

Jesus shakes up the way we labor over our seating and gives us each a place so that we all may come to his table at communion and hear that Jesus is “for you.”  Jesus replaces the tables of our own making – seating shenanigans and all – with one of his own and says, “All are welcome…including you.”

[1] Sheryl Sandberg, TED Talk: “Why We Have Too Few Women Leaders.” December 2010. http://www.ted.com/talks/sheryl_sandberg_why_we_have_too_few_women_leaders.html

[3] For those of your reading this, I move from the preaching spot to stand at the communion table.