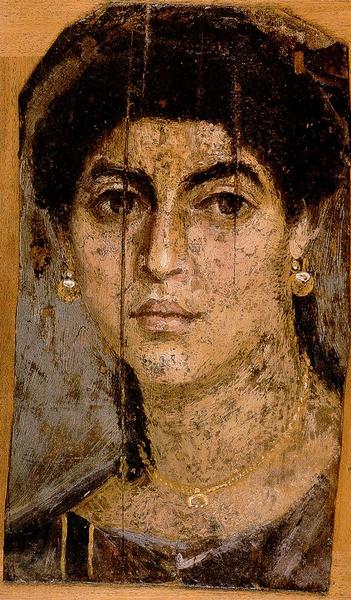 5 So he came to a Samaritan city called Sychar, near the plot of ground that Jacob had given to his son Joseph. 6 Jacob’s well was there, and Jesus, tired out by his journey, was sitting by the well. It was about noon. 7 A Samaritan woman came to draw water, and Jesus said to her, “Give me a drink.” 8 (His disciples had gone to the city to buy food.) 9 The Samaritan woman said to him, “How is it that you, a Jew, ask a drink of me, a woman of Samaria?” (Jews do not share things in common with Samaritans.) 10 Jesus answered her, “If you knew the gift of God, and who it is that is saying to you, “Give me a drink,’ you would have asked him, and he would have given you living water.” 11 The woman said to him, “Sir, you have no bucket, and the well is deep. Where do you get that living water? 12 Are you greater than our ancestor Jacob, who gave us the well, and with his sons and his flocks drank from it?” 13 Jesus said to her, “Everyone who drinks of this water will be thirsty again, 14 but those who drink of the water that I will give them will never be thirsty. The water that I will give will become in them a spring of water gushing up to eternal life.” 15 The woman said to him, “Sir, give me this water, so that I may never be thirsty or have to keep coming here to draw water.” 16 Jesus said to her, “Go, call your husband, and come back.” 17 The woman answered him, “I have no husband.” Jesus said to her, “You are right in saying, “I have no husband'; 18 for you have had five husbands, and the one you have now is not your husband. What you have said is true!” 19 The woman said to him, “Sir, I see that you are a prophet. 20 Our ancestors worshiped on this mountain, but you say that the place where people must worship is in Jerusalem.” 21 Jesus said to her, “Woman, believe me, the hour is coming when you will worship the Father neither on this mountain nor in Jerusalem. 22 You worship what you do not know; we worship what we know, for salvation is from the Jews. 23 But the hour is coming, and is now here, when the true worshipers will worship the Father in spirit and truth, for the Father seeks such as these to worship him. 24 God is spirit, and those who worship him must worship in spirit and truth.” 25 The woman said to him, “I know that Messiah is coming” (who is called Christ). “When he comes, he will proclaim all things to us.” 26 Jesus said to her, “I am he, the one who is speaking to you.” 27 Just then his disciples came. They were astonished that he was speaking with a woman, but no one said, “What do you want?” or, “Why are you speaking with her?” 28 Then the woman left her water jar and went back to the city. She said to the people, 29 “Come and see a man who told me everything I have ever done! He cannot be the Messiah, can he?” 30 They left the city and were on their way to him. 31 Meanwhile the disciples were urging him, “Rabbi, eat something.” 32 But he said to them, “I have food to eat that you do not know about.” 33 So the disciples said to one another, “Surely no one has brought him something to eat?” 34 Jesus said to them, “My food is to do the will of him who sent me and to complete his work. 35 Do you not say, “Four months more, then comes the harvest’? But I tell you, look around you, and see how the fields are ripe for harvesting. 36 The reaper is already receiving wages and is gathering fruit for eternal life, so that sower and reaper may rejoice together. 37 For here the saying holds true, “One sows and another reaps.’ 38 I sent you to reap that for which you did not labor. Others have labored, and you have entered into their labor.” 39 Many Samaritans from that city believed in him because of the woman’s testimony, “He told me everything I have ever done.” 40 So when the Samaritans came to him, they asked him to stay with them; and he stayed there two days. 41 And many more believed because of his word. 42 They said to the woman, “It is no longer because of what you said that we believe, for we have heard for ourselves, and we know that this is truly the Savior of the world.”

In last week’s gospel episode, Nicodemus lurked around in the night and ended up where Jesus was staying.  Not wanting to be seen by anyone, especially by any of his religious friends, Nic at night brings his serious questions to Jesus and ends up leaving confused.  One of the last things Jesus says to Nicodemus in those Bible verses is that, “Indeed, God did not send his son into the world to condemn the world, but in order that the world might be saved through him.”[1]

This week brings us into the light of day.  High noon.  In the big heat, Jesus sits down to rest at a well while the disciples take off to town to rustle up some lunch.  Jesus isn’t sitting by just any old well.  This is Jacob’s well.  And wells are THE ‘Match.com’ of 2,000 B.C.E.[2]  Jacob met his wife Rachel by a well back in the book of Genesis.

Before anyone gets too nervous about where we’re headed with Jesus running into this unnamed Samaritan woman at the well, you can relax.  This is not a preaching moment brought to you from the pages of The Da Vinci Code.[3]  But it is absolutely significant that Jesus shows up by a well in the way bridegroom might.   It’s significant because it’s consistent with the language the Gospel of John uses.  “Jesus assumed the role of bridegroom earlier in the Gospel by providing wine for the wedding at Cana, and John the Baptist identified Jesus as the bridegroom who had come to claim the bride.”[4]

John the Baptist uses the bridegroom language right before Jesus starts walking through Samaria and sits by the well.  And who shows up?  At noon?  In the heat of the day?  The Samaritan woman.  I imagine that her first surprise was finding anyone at the well – followed quickly by the shock at finding herself there with a Jewish man who would speak with her.  While it’s not clear what all those marriages were about, it is clear by the woman’s midday water-run that she had something she was hiding.  The other women in the city would have already been to the well and back much earlier in the morning.   Showing up at a well at noon is simply a way of hiding in plain sight.

And Jesus meets up with her where she’s trying to hide.  The heady words to Nicodemus last week, about the world being saved through Jesus, go live in the story of the Samaritan woman this week.  The words go live in a body, in her body – the body representing the bride.  She is a solitary person by a well and unnamed but for her nationality.  She represents the world that Jesus is concerned about – a world that’s hiding in plain sight.[5]

This is all very well and good.  Jesus is the bridegroom, the woman as the bride represents the world, and Jesus is about saving the world.  A tidy theological equation, to be sure, but what do we do with it?  How does what Jesus is doing at a well figure into life for world here and now?

Let’s start with Augustana.  It’s an obvious place to begin.  After all, the church is often referred to in the Bible as the bride of Christ.[6]  And we, as a worshipping community here this morning, are part of Christ’s church catholic, Christ’s whole church.  What might Jesus the bridegroom, sitting with us at this very moment, have to say about us that is true and perhaps not so loveable?  How might we, the worshipping community of Augustana, be hiding in plain sight?  What truth might be told that would both acknowledge our history and send us out into the city to talk with people like the Samaritan woman does.  Leaving her water jar behind, she tells the people of the city, the ones she’s hiding from,    “Come and see a man who told me everything I have ever done! He cannot be the Messiah, can he?”

We’re often so afraid of violating acceptable public conversation that we end up saying nothing at all. It’s partly why coming to church on Sunday can feel like a place of relief.  A place to tell the truth and to hear the truth told about us.  A place to simply be with the words of our confession.  The confession of what we have done and left undone.  But also the other meaning of confession which is remembering God’s promises to us and our trust in those promises. This is a place to find sanctuary.   A place of living water and truth telling.  A place for hiding in plain sight.

And, like the Samaritan woman, we head back into the city holding a sliver of doubt after the conversation happens here with Jesus.  She says to the people in the city, the ones she was hiding from, “He cannot be the Messiah, can he?”   She takes her encounter with Jesus out for a spin, carrying her doubt right alongside of it, and invites people to wonder about Jesus with her.  Embedded in the Samaritan woman’s invitation and question is an antidote to the 21st century culture that is poisoned by absolutism and judgment.

We are in a world, right now, that is suffering under absolutes – be they liberal or conservative ones.  Conversation, common ground, connecting points are few and far between.  The way in which we take our faith out for a spin from this sanctuary matters.  THAT we take it out for a spin matters too.  Our invitation may connect with others who need the sanctuary of hiding in plain sight, a place to wonder about the hope found in Jesus – a hope that does not disappoint.[7]  People are scared, people are ashamed, and people are suffering.  These are the people and this is the world that Jesus came to save.

Romans 5:1-11  Therefore, since we are justified by faith, we have peace with God through our Lord Jesus Christ, 2 through whom we have obtained access to this grace in which we stand; and we boast in our hope of sharing the glory of God. 3 And not only that, but we also boast in our sufferings, knowing that suffering produces endurance, 4 and endurance produces character, and character produces hope, 5 and hope does not disappoint us, because God’s love has been poured into our hearts through the Holy Spirit that has been given to us. 6 For while we were still weak, at the right time Christ died for the ungodly. 7 Indeed, rarely will anyone die for a righteous person—though perhaps for a good person someone might actually dare to die. 8 But God proves his love for us in that while we still were sinners Christ died for us. 9 Much more surely then, now that we have been justified by his blood, will we be saved through him from the wrath of God. 10 For if while we were enemies, we were reconciled to God through the death of his Son, much more surely, having been reconciled, will we be saved by his life. 11 But more than that, we even boast in God through our Lord Jesus Christ, through whom we have now received reconciliation.

[2] Match.com is a dating website where people are able to meet-and-greet each other online.