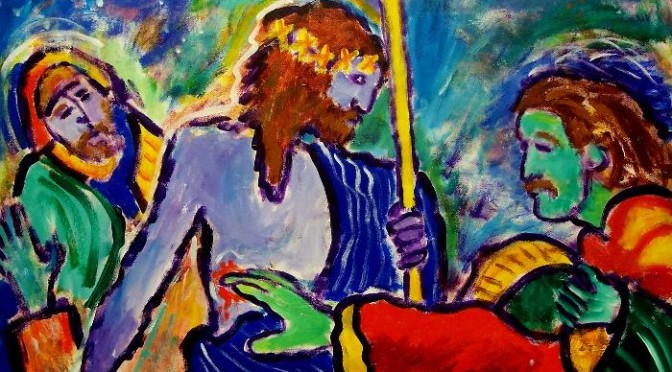 We changed our daughter’s name when she was a year old. Nothing drastic. Taryn’s first name stayed the same. We changed her middle name. Her original middle name was my mother-in-law’s maiden name. Carol was honored but didn’t quite get it. A few months later, I discovered that my mother-in-law’s beloved mom had the middle name “Grace” – Velma Grace. Amazing Grace was also my mother-in-law’s favorite hymn. Perfect! We decided to change Taryn’s middle name to “Grace!” Turned out it was quite a process. Our little family that included one-year-old Taryn and three-year-old Quinn trooped off to Civil court and stood before a judge. I can still see him smiling at us – likely relieved for the break in his sad caseload. The judge asked us some serious questions about fraud. Then he declared her name change official as his gavel fell. Taryn Grace. On the way out of the courtroom, our son Quinn, who’d been quiet as a mouse, started yelling, “I don’t wanna change my name! I don’t wanna change my name!”

I wonder if Thomas in our Bible story today would pipe up similarly to Quinn. His name was Thomas, called the Twin. I have no idea if Thomas liked being called the Twin. My hope is that it was a cool nickname along the lines of will.i.am, J.Lo, or even Marky Mark. Regardless, I wonder what Thomas would think about the less cool switcheroo done to his name by centuries of Bible readers. Thomas, called the Twin, became Doubting Thomas. I hear Thomas, much like our son Quinn, saying, “I don’t wanna change my name.” Because the name Doubting Thomas highlights doubt as what comes “before” and belief as what comes “after.” First, Thomas doubted. Then, Thomas believed. End of story. But we know that’s not how it works. It’s not how any of this works.

We don’t know where Thomas the Twin went while his friends were afraid and locked in that room. Maybe he was making a run for essentials. Wherever he was, he missed Jesus’ first visit. This is important because he didn’t miss out forever. Jesus showed up again. He showed up wounded in a locked room where the disciples were still hiding. Now there’s the makings of a good party.

Actually, it is kind of a party. It’s a grace party. Jesus hosts it fresh from the crucifixion trauma and resurrection alleluias. Except, the disciples are still locked up in fear. Eyes gritty from lack of sleep. Minds clouded trying to understand what is happening. It’s unlikely that their alleluias were full-throated even after Jesus showed up. Because that’s how it works. Fear, grief, doubt, hesitation, belief, faith, and grace…these things get second, third, and fourth name changes as we figure out what they mean over time. Faith is especially tricky to name and gets renamed as time passes.

People often wonder why their faith isn’t available during a tough time in the way they assumed it to be. They’ll sometimes describe it as having “lost their faith” or that they “can’t pray” like they used to pray. I don’t know anyone who is immune to the experience of having their faith shaken or shattered. Sometimes it doesn’t take much. Faith can be thrown off by moving to a new town away from your church peeps who kept you connected. It can be clouded by a fresh understanding of the Bible’s ancient scripture. Sometimes it’s way bigger. Faith cracks under the weight of broken trust or chronic illness. Or faith can be crushed by grief and loss. While age is not immunity to faith-shifting experiences, our eldest elders have a thing or two to teach us.

Our Care Team of pastors and staff have been making calls to people to find out how they’re doing. It’s been inspiring to hear our oldest folks talk about today’s challenges in the context of other challenges they’ve faced in their lifetimes. In the same breath, their faith frames these challenges and sustains them through it. Resilient faith isn’t universal for everyone of a certain age. Many of us regularly shift between anxiety and the peace of Jesus. But our eldest elders offer us important perspective from their vantage point of a long life. Their faith, like life, isn’t static. Faith flexes, bends, breaks, and resurrects.

Thomas the Twin also shows us that faith isn’t fixed in a solid state. He faithfully followed Jesus until he abandoned Jesus at the cross. Then, locked and afraid in a room, Thomas receives life in Jesus’ name from wounds on hands and side – wounds, not perfection. The wounds that Jesus first shows to the other disciples, and then to Thomas, mean something. The wounds received on the cross were inflicted by fear, anger and fragile egos. The wounds that meet us in our most wounded places show us as we really are in the reflected light of the risen Christ. These wounds are the signs through which faith is resurrected.

From these signs of Jesus’ suffering, he resuscitates his relationship with Thomas and then Thomas names faith differently, calling Jesus “Lord” and “God.”  Hidden in a locked room, Thomas the Twin learned that he is neither alone nor unreachable.[1]  He experienced grace first-hand when Jesus reached out a wounded hand. The grace of divine kindness meeting him right where he was, even though he hid himself away. And that’s how it works. That’s how any of this works. We are neither alone nor unreachable in our hideouts. Locked rooms – pah! There’s no hiding from the relentless pursuit of grace. The risen Christ meets us where we prefer to hide, challenging our wounded reality and resurrecting faith to give life in his name. Thanks be to God and amen.

May the One who brought forth Jesus from the dead

raise you to new life, fill you with hope,

and turn your mourning into dancing.

bless you now and forever. Amen.