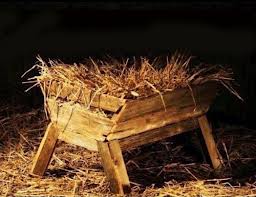 Advent/Christmas Worship with our Home-Centered Folks: Today’s worship is the first of its kind for our congregation. Recently retired folks and people who work from home are hosting our home-centered folks by bringing them to a brief worship and communion service followed by lunch and then returning them home.

Luke 2:1-20 In those days a decree went out from Emperor Augustus that all the world should be registered. 2 This was the first registration and was taken while Quirinius was governor of Syria. 3 All went to their own towns to be registered. 4 Joseph also went from the town of Nazareth in Galilee to Judea, to the city of David called Bethlehem, because he was descended from the house and family of David. 5 He went to be registered with Mary, to whom he was engaged and who was expecting a child. 6 While they were there, the time came for her to deliver her child. 7 And she gave birth to her firstborn son and wrapped him in bands of cloth, and laid him in a manger, because there was no place for them in the inn.

8 In that region there were shepherds living in the fields, keeping watch over their flock by night. 9 Then an angel of the Lord stood before them, and the glory of the Lord shone around them, and they were terrified. 10 But the angel said to them, “Do not be afraid; for see — I am bringing you good news of great joy for all the people: 11 to you is born this day in the city of David a Savior, who is the Messiah, the Lord. 12 This will be a sign for you: you will find a child wrapped in bands of cloth and lying in a manger.” 13 And suddenly there was with the angel a multitude of the heavenly host, praising God and saying,

14 “Glory to God in the highest heaven, and on earth peace among those whom he favors!”

15 When the angels had left them and gone into heaven, the shepherds said to one another, “Let us go now to Bethlehem and see this thing that has taken place, which the Lord has made known to us.” 16 So they went with haste and found Mary and Joseph, and the child lying in the manger. 17 When they saw this, they made known what had been told them about this child; 18 and all who heard it were amazed at what the shepherds told them. 19 But Mary treasured all these words and pondered them in her heart. 20 The shepherds returned, glorifying and praising God for all they had heard and seen, as it had been told them.

Put us all together and, between us, we know A LOT of Christmas music.  We could hear a medley of carols and know most of them.  At the very least, we know the music enough to be comfortable with it, to play with it, to give voice to it. In the kitchen or humming as we tuck in for the night, our caroling is as imperfect as it is joyous. Our spontaneous carols likely have a few flaws but they’re real. And these carols tell a story. A story that gathers us together here today.  A story that had its first tellers long ago.  Storytellers for whom the story is personal and real.

The first storytellers were the shepherds in the field. These men who heard the angels sing were shady characters. The closest example of these men in the 21st century would be people who camp under bridges and call it home. THESE are the people for whom the angels sing. They are given first dibs on the story by the angel who tells them – “to you is born this day…a Savior…a child wrapped in bands of cloth and lying in a manger.”[1]  They head out fast to go see this baby, this Savior.  After all, THEY clearly need one.  When they get to the manger, they talk about what’s been told to them.  Imagine for a moment the way they tell the story.  At best, they tell it in a way that’s personal and real; at best, they tell the story because it’s first and foremost for them.  The shepherds need a Savior; it’s obvious that they need one – a Savior on their side, a Savior for them.

So, because the Savior is for them, the shepherds tell Mary and Joseph the story, and apparently anyone else who will listen, because, “…all who heard it were amazed.”[2]  What amazes them?  The story itself?  That the shepherds are the ones telling it?  That a Savior is born?  That angels came, spoke, AND sang?  It’s pretty much all amazing! The truly amazing part is that Mary heard the shepherds out. The scripture makes a distinction in verse 19: “All who heard it were amazed but Mary treasured all these words and pondered them in her heart.”[3]  She’s just had a baby in a barn, laid that squishy, squeaky baby in a manger used for animal food, and she’s treasuring the words of these wild, shady shepherds in her heart.

Who does that?!  For Mary, this story told by the shepherds somehow made sense.  At best, perhaps because she heard it in a way that’s personal and real; at best, because…just maybe…it’s a story for her too.  Perhaps Mary needs a Savior, a Savior on her side, a Savior for her.

The Bible tells story after story about deeply flawed people whose lives are oh so real. People who regularly hurt other people or hurt themselves.  But it doesn’t take a 2,000-year-old look back in time to see this play out.  Our lives reveal a truth that we don’t often share with ourselves and try to avoid sharing with anyone else.  Despite our best intentions to “do better next time,” despite the reassurances that we give ourselves about being “good people,” the truth remains: anywhere people show up, so do flaws…real and personal.

Into the mix of flawed people, God shows up.  God shows up, of all places, in a manger.  A manger that has a splinter here and a cracked peg there – a manger that is flawed and real; a manger that cradles and reveals God showing up in Jesus.  The manger that reveals the Savior who came under a star in skin and solidarity, into a fragile humanity, to show up personally into our very real lives.

On the first Christmas, God showed up as a baby, a living and breathing hope.  “…hope [that] rests not in what we have done, nor can do, but in all that God is,” has done and is doing.[4]  That’s the hope we cling to by faith, even if sometimes it’s by the barest thread with the tips of our fingernails. Regardless of how tightly you cling, the reality is that Jesus holds on to YOU. In fragile, unexpected places like today in the manger of communion bread and wine, Jesus’ presence is promised to you as a gift of grace this Christmas. We imperfectly cradle his presence with our hands as we receive communion and inside ourselves as we eat. However, the perfect presence of Jesus remains despite our flaws or, just maybe, because of them. For this and for all that God is doing right now and right here, we can say Merry Christmas and amen!