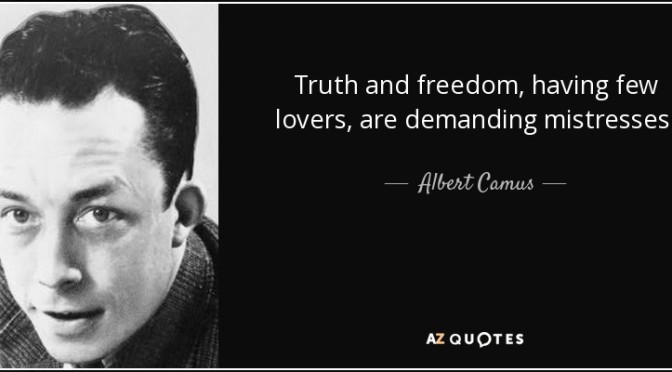 John 8:31-36 Then Jesus said to the Jews who had believed in him, “If you continue in my word, you are truly my disciples; 32 and you will know the truth, and the truth will make you free.” 33 They answered him, “We are descendants of Abraham and have never been slaves to anyone. What do you mean by saying, “You will be made free’?” 34 Jesus answered them, “Very truly, I tell you, everyone who commits sin is a slave to sin. 35 The slave does not have a permanent place in the household; the son has a place there forever. 36 So if the Son makes you free, you will be free indeed.

Rob and I live with a 19 year old young man and a 17 year old young woman. It’s important for me to describe them this way from time to time as a reminder that they are their own people with their own God-given gifts and their own sins in which Jesus meets them.  That mash-up can be hard to experience and to witness. Oh sure, sometimes it’s comedy with lots of laughs from all of us.  But sometimes it’s tragedy and there really aren’t words or kisses to make it better.  Such is life for parents and for young people – just when you think you know something, many times either the thing changes or you do.

In that way, there are some similarities to spending time recently with Augustana’s young people in their last couple of months of Confirmation study.  Pastor Ann and I have the privilege of hanging out with them as a group in Sunday classes and tag-teaming visits with each one.  Each is their own person with their own God-given gifts and their own sins in which Jesus meets them.  There is comedy and there is tragedy – laughter and tears and sometimes both at once.  I sometimes wonder if the age of Confirmation in the early to mid-teens is the “right” time.  And then I end up wondering if it might not be the best time because their questions are enormous and honest.

Jesus cuts to the chase about truth in the Bible reading from the Gospel of John:

Then Jesus said to the Jews who had believed in him, “If you continue in my word, you are truly my disciples; and you will know the truth, and the truth will make you free.”[1]  Truth and freedom. They’re compelling on a gut level.  Truth and freedom.  Compelling until you start trying to figure out the truth.  A little like Pontius Pilate a few chapters later.  He asks Jesus at the trial before the crucifixion, “What is truth?”  If we’re honest, a lot of us ask that question with Pilate.  We want to know the truth and understand it.

Jesus goes on to say, “Very truly, I tell you, everyone who commits sin is a slave to sin.”[2]  Slavery language can make us uncomfortable when we use it to talk about ourselves.  It’s tough enough when we talk about historical or modern day slavery.  But about ourselves, we’re inclined to talk like the religious leaders in the Bible story.  We’ve never been slaves to anyone – what do you mean we’ll be made free?![3]

It’s interesting that the people questioning Jesus are more understandable than Jesus.  The religious leaders essentially asking Jesus, “What do you mean, ‘made free?”  Here, right here is where I press pause.  With this question, “What do you mean?”  At our youngest ages this question first comes out as, “Why?”  From then on, that question doesn’t stop.  We ask it over and over as children.  As people of faith, as people of church, we continue to ask it over and over. Questions seek answers.  More specifically, faith seeks understanding.[4]

In seeking understanding, our faith is formed.  Faith, given by God, is formed by experience and intellectual exercise, by comedy and tragedy, by people around us, and by more than I can think of right now.  How do we imagine that Martin Luther was able to hammer those 95 theses onto the door of a German church issuing a challenge that was a theological smack-down to the church leaders of his time?  Luther’s experience, intellect, friendships, suffering, and his determination to be in the Bible and wring good news from it all contributed to the world changing event of the Reformation.  Translating the Bible in everyday language was considered a crime against the Holy Roman Empire of Luther’s time. Theologians before and in Luther’s time were executed, even burned at the stake, for translating the Bible into the common language.[5]  Luther managed a full translation of the Bible into German while protected to do so.

The Bible is a library of 66 books written by many people over thousands of years.  When I talk to Confirmation Students about it, we talk about the imperfect people who wrote it and the disagreements they have with each other between books and sometimes in the same book.  These imperfect people writing about their experience of God, Jesus, and their stories in light of those experiences.  There is power there working through that book sitting almost casually in the pews and in our homes.  The Confirmation students and I also talk about how the book is not Jesus.  We do not worship this book that we call the Bible.

We may reverence the Bible but we do not idolize the Bible.  We do not say the Bible is God.  We experience it as God’s Word.  The Holy Spirit works through the Bible to form faith as the Holy Spirit works through our families and each other as the church to form faith.  Luther could do what he did in part because of his relationship with his family and his church.  He was formed by asking questions of faith and the church.  And then he turned the church of the Holy Roman Empire upside down with the clarity gained through his formation.  Never underestimate the power of asking, “What does this mean?”  The legacy gift here is that we do not function as an echo chamber of agreement.

To the Confirmation students today, keep asking “What does this mean?”  You spoke so much of your families as well as your Sunday school and Confirmation teachers.  You talked about the challenging questions and conversations for which your families and church school teachers held space if not always answers.  Remember their humility, faith, and time spent.  And remember your questions.  Keep asking them. There are people of all ages, times, and places asking similar questions. They are honest questions demanding good news.  Faith seeking understanding is faithful and good. It changes lives. It changes the world.

Tomorrow, October 31, marks the beginning of a year-long commemoration of the 500th Year of the Reformation.[6]  Pope Francis will worship with the Lutheran Church in Sweden for a joint Catholic-Lutheran worship service.[7]  This is a striking moment of unity for churches who experienced literal murder and mayhem in the wake of the Reformation marked in the year 1517.  That there is unifying worship in Sweden and in many places around the world in the coming year is a sign of hope in our time filled with religious, political, race, and class divisions.

Jesus tells the religious leaders to continue in his word, assuring them that they will know the truth.  Part of this truth is that we are slaves to sin.  If I’m honest in my demand for truth, then I’m also honest about the truth of who I am and the enslavements that bedevil me.  Another part, maybe the harder part, is that we need a liberator.  Slaves do not typically free themselves.

Jesus frees us through our baptisms and God promises to:

Always be with us even, and maybe especially, when we don’t feel God.

Always take us back by grace, even when we turn away from God.

Always work to make our lives ever more Christ-shaped.

And to keep these promises forever.

Children of God, in baptism we are sealed by the Holy Spirit and marked with the cross of Christ forever.[8]  Jesus sets us free and we are free indeed.  Amen and thanks be to God.

* Photo and quote of Albert Camus comes from an article he wrote in 1939 about freedom of the press.  Read more here: http://blog.bestamericanpoetry.com/the_best_american_poetry/2012/07/camus-on-irony-when-does-the-truth-get-censored-.html

[6] The Reformation is officially recognized as beginning on October 31, 1517 when Martin Luther nailed the 95 Theses on the door of the church in Wittenburg.

[7] Sylvia Poggioli. “The Pope Commemorates The Reformation That Split Western Christianity.” For NPR on October 28, 2016. http://www.npr.org/sections/parallels/2016/10/28/499587801/pope-francis-reaches-out-to-honor-the-man-who-splintered-christianity