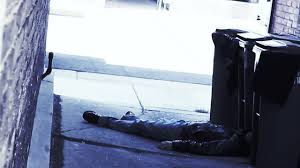 Just then a lawyer stood up to test Jesus. “Teacher,” he said, “what must I do to inherit eternal life?” 26 He said to him, “What is written in the law? What do you read there?” 27 He answered, “You shall love the Lord your God with all your heart, and with all your soul, and with all your strength, and with all your mind; and your neighbor as yourself.” 28 And he said to him, “You have given the right answer; do this, and you will live.” 29 But wanting to justify himself, he asked Jesus, “And who is my neighbor?” 30 Jesus replied, “A man was going down from Jerusalem to Jericho, and fell into the hands of robbers, who stripped him, beat him, and went away, leaving him half dead. 31 Now by chance a priest was going down that road; and when he saw him, he passed by on the other side. 32 So likewise a Levite, when he came to the place and saw him, passed by on the other side. 33 But a Samaritan while traveling came near him; and when he saw him, he was moved with pity. 34 He went to him and bandaged his wounds, having poured oil and wine on them. Then he put him on his own animal, brought him to an inn, and took care of him. 35 The next day he took out two denarii, gave them to the innkeeper, and said, “Take care of him; and when I come back, I will repay you whatever more you spend.’ 36 Which of these three, do you think, was a neighbor to the man who fell into the hands of the robbers?” 37 He said, “The one who showed him mercy.” Jesus said to him, “Go and do likewise.”

It was Christmas Eve 2002 and my Pops, my step-dad who raised me, had entered his final days of life out in Palm Springs, California.  We lived here – Quinn was five years old and Taryn was three.  My in-laws were coming in for the holiday.  It was a perfect storm of events that immobilized me.  I stayed in touch by phone.  Pops rallied on Christmas morning but by Christmas night was no longer responding.  His fast decline shook me loose from my indecision and I flew out early as early as I could on the 26th to join my mom and a mix of my siblings and step-siblings.

The number of people in the house and the emotions of grief created their own kind of chaos.  Pops died just two days later.  Rob and I decided that I would stay put in Palm Springs with my mom through the funeral scheduled for a week later.  Somewhere in those next days, a friend from church called me.  I was on the phone in my parents’ kitchen.  She told me that she had rallied some meals and also a child-care schedule so that my husband could continue to work.  Her carefully constructed plan knocked me over, almost literally, as I sat down on the kitchen step-stool in a bit of shock that she had figured it all out.  She didn’t ask, she just did the kinds of things a really good friend does when trouble stirs itself into the mix.

Jesus asks the lawyer, ““Which of these three, do you think, was a neighbor to the man who fell into the hands of the robbers?”  To which the lawyer responds, “The one who showed him mercy.”   This is a bit of a twist to the way many of us hear the story.  After all, the lawyer was the one who asked, “Who is my neighbor?”  To which Jesus responds by telling the story of the Samaritan.  Interestingly enough, the Samaritan ends up the one with the label of neighbor.

Samaritans are the villains in the story.  Samaritans were Jewish people long ago who intermarried with people who were not Jewish and therefore ritually “unclean”.  A few weeks ago, just two stories before our story today in the book of Luke, we found the disciples asking to rain fire down on the Samaritan village that did not receive Jesus – certainly not a neighborly reaction to the people of the town.  The shock of the first century Jewish listener to Jesus’ story about the Good Samaritan would have been enormous.  Because, unlike my friend who helped me and my family around Pops’ death, the Samaritan felt compassion for the man left half-dead by the side of the road – a man likely to have been his enemy on any other regular, not half-dead, day.

Who is that guy in the ditch?  We know that he was travelling from Jerusalem to Jericho.  And we know that he is in no position to help himself after being beaten half-dead by the robbers.   Indeed, he is completely at the mercy of everyone else passing by him on the road.  We can infer from the story that he was likely Jewish given how shocked we are supposed to be about the priest and the Levite not helping him.  Whoever he is, we can be clear that he is someone in need of help and no one on the road is willing to help him until the Samaritan walks by.

So here’s a kicker of a question.  Does part of loving your neighbor as yourself mean that you let someone be a neighbor to you?  Might there be something to learn about loving yourself in letting your neighbor help you?  To take it a step further, might the person you would least like help from be the very one who can show you how to love yourself?  We tend to think of this in the opposite direction – that I am being a good neighbor when I take care of someone that I don’t really like or don’t approve of.  If it was that hard for me to let my friend help me, I can only imagine how difficult it would be to receive help from someone that I don’t like.

The help my unlikeable neighbor gives me can indeed be of the wound-tending kind.  But the help can also come in other ways.  It can take the form of a mirror being held up to me that confronts my privilege and my prejudice – two things that turn my neighbor into my enemy by my own slight-of-hand.  The George Zimmerman trial for the killing of Trayvon Martin is one obvious mirror.  A tense stand-off between neighbors leaves one young man all the way dead and another young man accused of murder.  The death and the killing and the color of these young men hold a mirror up to an entire country of people and have us asking some very difficult questions about race, privilege and prejudice – difficult, painful but important questions that expose important truths that, in the end, can also save lives.

The guy in the ditch needs some pretty serious saving of, at the very least, the wound-tending kind.  He is half-dead and likely headed toward mostly dead unless there is a dramatic turn-around.  The Samaritan gives him that chance.

When I read this story this past week, one of my first thoughts is that we are the half-dead guy in the ditch and Jesus is the Samaritan.  I love a good allegory that stacks up tidily.  After all, we cannot save ourselves much like the guy in the ditch can’t save himself.  And placing Jesus in the position of the one who saves doesn’t really get much more theologically clean….except that it isn’t that tidy or clean – either as an allegory or a theological truth.  In this reading, we lay in the dirt on the side of the road and our enemy, the One from whom we are naturally inclined to turn away, walks over to save us – saving us by bringing us into relationship with the eternal God today, here, now.  He walks over to save us because we cannot in any literal, figurative, allegorical way, save ourselves.  He walks over to save us out of compassion for us.

There are two other places in Luke where the Greek word for “pity”, sometimes translated “compassion”, in our story shows up.  It is used to describe Jesus’ reaction to a grieving mother and then also used to describe the emotions of the Prodigal Father when his son returns home from self-imposed exile.[1]  This divine compassion is boundless, healing and unfathomable in scope.  Being moved towards others, towards our neighbors as neighbors ourselves, by the compassion of Jesus has roots in Jesus’ compassion for us.  Because Jesus Christ is the one who saves, his boundless compassion is gifted to us in our baptism by the power of the Holy Spirit.  And once we are unbound through divine neighborly compassion there is no telling which self-imposed, enemy-limited boundaries might come tumbling down next…and who might get to live because of it…

[1] Mark Davis, Blog: Left Behind and Loving it, http://leftbehindandlovingit.blogspot.com/2013/07/a-neighbor-is-one-who-nurtures-wounded.html