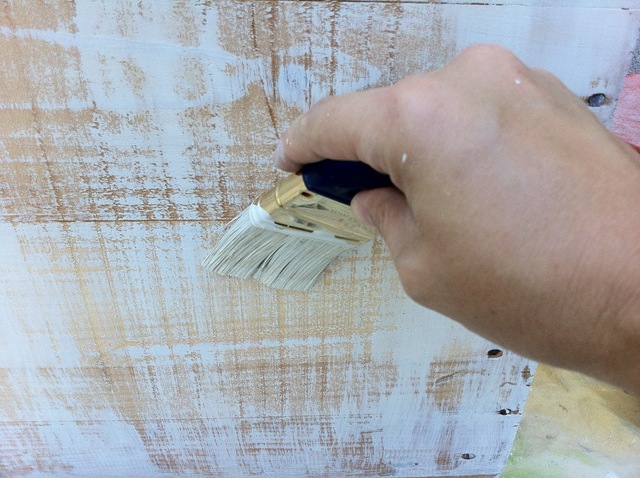 Mark 4:35-41  On that day, when evening had come, he said to them, “Let us go across to the other side.” 36 And leaving the crowd behind, they took him with them in the boat, just as he was. Other boats were with him. 37 A great windstorm arose, and the waves beat into the boat, so that the boat was already being swamped. 38 But he was in the stern, asleep on the cushion; and they woke him up and said to him, “Teacher, do you not care that we are perishing?” 39 He woke up and rebuked the wind, and said to the sea, “Peace! Be still!” Then the wind ceased, and there was a dead calm. 40 He said to them, “Why are you afraid? Have you still no faith?” 41 And they were filled with great awe and said to one another, “Who then is this, that even the wind and the sea obey him?”

2 Corinthians 8:7-15  Now as you excel in everything—in faith, in speech, in knowledge, in utmost eagerness, and in our love for you —so we want you to excel also in this generous undertaking. 8 I do not say this as a command, but I am testing the genuineness of your love against the earnestness of others. 9 For you know the generous act of our Lord Jesus Christ, that though he was rich, yet for your sakes he became poor, so that by his poverty you might become rich. 10 And in this matter I am giving my advice: it is appropriate for you who began last year not only to do something but even to desire to do something— 11 now finish doing it, so that your eagerness may be matched by completing it according to your means. 12 For if the eagerness is there, the gift is acceptable according to what one has—not according to what one does not have. 13 I do not mean that there should be relief for others and pressure on you, but it is a question of a fair balance between 14 your present abundance and their need, so that their abundance may be for your need, in order that there may be a fair balance. 15 As it is written, “The one who had much did not have too much, and the one who had little did not have too little.”

There’s a small bit of verse 35 missing from the Mark reading in our worship bulletin.  Verse 35 should begin, “On that day, when evening had come…”  So, go ahead and take a pen from the back of the seat in front of you and write in that beginning part of verse 35, “on that day…”

This little bit of Bible verse begs the question about what day Jesus is talking about.  On what day?  The answer is in the Bible stories before the one about the storm today.  In those stories, there are so many people that came to hear Jesus that he has to hop into a boat to teach the people on the shore.  In his teaching, Jesus makes several attempts to describe the kingdom of God.  In one he talks about a farmer planting seeds that the birds steal.  In another, he talks about the greatest of all shrubs that shades even those dastardly birds, the enemies of the kingdom.  The invasive mystery of the kingdom of God is ringing in the listeners’ ears on that day.

Ears ringing, their minds are bent by these kingdom mysteries.  It’s been a long, hot afternoon listening to Jesus.  His disciples are likely ready for a good night’s sleep.  Instead, they hear Jesus say, “Let us go across to the other side.”  Jesus wants them to head over to the country of the Gerasenes, full of Gentiles, non-Jews.  As the boat people go from here to there, shore-to-shore, they are pumped with the adrenalin rush of the storm and the inertia of a dead calm in the aftermath. Their teeth and nerves are rattled by the waves beating into boat.  It’s a wonder they had a clear thought in their head much less a memory of Jesus’ kingdom-of-God speeches from earlier in the day.

It’s a bit quieter for us here together today than it was in that boat. Our minds may be a bit clearer than those of the boat people post-storm.  Although maybe not by much.  Wednesday evening’s murders of nine Black church goers in South Carolina has seen to that.  Honestly?  When I first heard about the killings I simply shut them out.  Another shooting, more people dead.  I’d apparently reached a point where compassion fatigue for this kind of thing had set in.

I can’t even believe I say it that way – “this kind of thing.”  As if it were possible to label a manila folder and file it away.  I’d already had the direction of the sermon worked out to include topics like our interim transition and the rebuilding taking place within the Children and Family ministry.  Then I heard Jesus’ words to his friends in the Bible story again.  “Let us go across to the other side.”  I don’t know how the Holy Spirit calls you out through scripture.  But this is one time when I feel utterly called out.  The churchy word for this feeling is convicted. Convicted by the awareness that the color of my skin allows me to whitewash someone else’s experience as if it didn’t happen.

Along with Jesus’ friends in the boat, I want to scream at Jesus, “Do you not care that we are perishing?”  And then, I opened The Denver Post yesterday to this headline – “Ungodly Deed Forgiven.”[1]  When I saw the headline, I asked myself immediately who would have the audacity?!  Reading further, and then listening online to the bond hearing, reveals a word to the killer from our Christian brothers and sisters whose friends and families were killed during their Bible study on Wednesday night.

Person after person spoke a word of forgiveness to the killer at that bond hearing.  Through anger, tears, and grief, to be sure.  But words of forgiveness spoken so that love wins, not hate.  These friends and family members’ words to the killer echo out of Paul’s letter to those defiant Corinthians. Paul writes:

We are treated as impostors, and yet are true; 9 as unknown, and yet are well known; as dying, and see—we are alive; as punished, and yet not killed; 10 as sorrowful, yet always rejoicing; as poor, yet making many rich; as having nothing, and yet possessing everything. 11 We have spoken frankly to you Corinthians; our heart is wide open to you. 12 There is no restriction in our affections, but only in yours. 13 In return—I speak as to children—open wide your hearts also.

My friends, Dr. Martin Luther King Jr. preached a Holy Week sermon in Augustana’s sanctuary pulpit here some fifty years ago. This is a point of historical pride for many in this congregation including me.  Many of us may wish that enough time has passed between slavery, Jim Crow, Civil Rights, and today.  But it hasn’t.  Perhaps because it’s not as much about time passing as it is about Jesus calling us out on the ways we dehumanize each other.  One way this tendency to dehumanize gets lived out has been the development of the concept of race.

It’s been argued that our experience of race in the 21st century is a product of modernity over the last few hundred years.[2]  Now that it’s been constructed, the calls to deconstruct it are getting louder.  Race has too long been a matter of life and death.  As Jesus people in America, we have work to do.  As Jesus people of Augustana, we each live a story affected positively or negatively by the color of our skin – including the white-skinned among us.  Finding ways to tell our stories and listen with care to other people’s experiences is one part of deconstructing the inherited system of race bequeathed by modernity.

As Jesus people in worship here together in this congregation, we regularly confess that we sin in ways that we don’t even understand.  By extension then, we sin when it comes to race.  As Jesus people, we have something to offer the national conversation about race in terms of sin and grace.

A few years ago, Bono, the lead singer of the rock band U2, was interviewed about his Christian faith.[3]  He had this to say about grace, “…along comes this idea called Grace to upend all that ‘as you reap, so you will sow’ stuff…Grace defies reason and logic; love interrupts.”[4]  This is what our Christian brothers and sisters in Charleston did with their words of forgiveness.  They preach to us on this day as their historic congregation experiences violence again.[5]  I pray that they may be consoled.  And I pray that our Augustana mission to “offer hope and healing in Jesus Christ” allows room among us to hear their lament, including their anger.

God extends forgiveness and grace to each one of us on all kinds of days, for all kinds of reasons.  As forgiven people, Jesus calls us as disciples to go across to the other side where other people tell a story much different than our own.  For those of us who are part of a congregation, some of those different stories are only a pew away.  Our differences are part of the grace through which God is working in this congregation for God’s sake and for the sake of the world.  Thanks be to God.