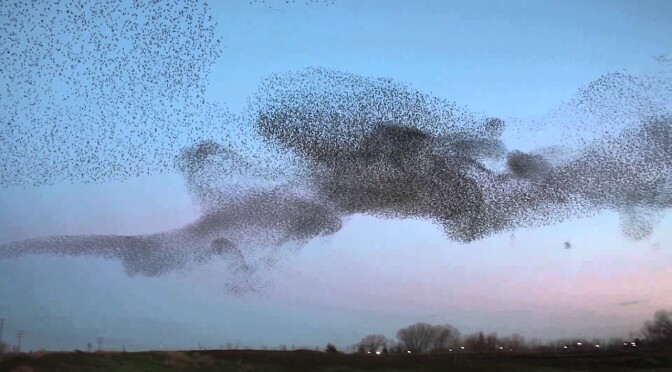 John 8:31-36  Jesus said to the Jews who had believed in him, “If you continue in my word, you are truly my disciples; 32and you will know the truth, and the truth will make you free.” 33They answered him, “We are descendants of Abraham and have never been slaves to anyone. What do you mean by saying, ‘You will be made free’?”
34Jesus answered them, “Very truly, I tell you, everyone who commits sin is a slave to sin. 35The slave does not have a permanent place in the household; the son has a place there forever. 36So if the Son makes you free, you will be free indeed.”

Mr. Mack sported a silver crew cut with his serious demeanor. He was retired military – United States Marine Corps. He commanded respect without demanding it. You could have heard a pin drop when he walked into the room, through the straight rows of desks. We were already hard at work copying his notes from the chalk board onto notebook paper, double-spacing them to leave room for notes from his lecture. He took his seat at his desk waiting until precisely 15 minutes after the bell. Then he stood and began his 10th grade history lecture on life, politics, and war while we scribbled wildly. We studied the notes and took the tests and moved on to 11th grade history. In Mr. Mack’s class, it was easy to believe that history was an ordered account of the facts – the lecture followed the notes that followed the textbook. In part, this was true. There are undeniable events that have dates and key historical figures to go with them. But what we know about history is that it’s less like a straight line and more like a murmuration of starlings.[1] Maybe you’ve seen these birds flying together in the hundreds of thousands –twisting and turning, pulsing together toward an unknown endpoint. The videos are mesmerizing. The only thing linear about history is the time that passes. Otherwise, there are hundreds of thousands of voices that give us a different perspective of the same story.

Our celebration today is one such many-voiced story. Reformation 500 years ago is often told in a way that makes Martin Luther, that ornery academic priest, out to be a lone wolf of faith and theology. (Although, in fairness to us, we’re repeatedly exposed to lone wolf storytelling in film and T.V.)  But Luther was the one who lived to tell the tale. Reformers before him were put to death. Luther survived because he was hidden away by a sympathetic prince who protected him. His story survived because of printing press inventors and his bestie Melancthon who negotiated the theology of grace with other pastors in wider church circles. Otherwise, Luther could have been just another pastor who posted good ideas on a church bulletin board that no one ever read – his ideas swallowed up by the 300,000 revolutionaries fighting the German Peasants’ War in 1525. But his ideas lived on in pamphlets, catechisms, and Bibles in the common language. Local pastors, sly politicians, and faithful parents joined the sweeping history in real-time that pulsed with new life and grace. There are Protestants in Christianity because there were meddling Lutherans who held the church of Rome accountable to its theology and the people hurt by it. (In fairness to our Catholic siblings in faith, many of Luther’s reforms have long since been put into place by the Roman Catholic Church. Remember, a little grace can go a long way.)

Digging into the back-story of the Reformation is similar detective work to digging into the Bible. The Bible includes many people and their stories pulsing together into the larger one. The highs and lows of our ancient Jewish cousins in the faith swooping into the 1st Century story of Jesus, a Jewish rabbi from a backwater town, and the ragtag men and women who followed him as disciples. It would take many lifetimes to exhaust the riches of God’s love story for the world, through Jesus who called himself the “truth” in the Bible reading from John. Which brings us to today. This moment. Us. And especially you guys who are affirming the promises of baptism in the milestone that we call Confirmation.

Confirmation is a rite of passage, a ritual that marks a moment into what came before and what comes after. A ritual that shifts the promises made at baptism from your parents to you. I’m just going to slip in the reminder that God’s promises are complete while our promises are fallible and imperfect even when they’re faithful. Confirmation is a big moment but it’s not a lone wolf moment. It’s a church-alive moment. You’re surrounded by people who are asking similar complicated questions that you ask:

These are complicated questions that many faithful Christians have asked at different times in their lives but especially at times of faithful ritual and often in times of struggle.

Last week I led a Bible Study at the women’s prison with 12 women on the Inside Council of New Beginnings Worshipping Community. We worked through the Bible readings and questions that their Pastor Terry had given us. It’s been a couple years or so since I’ve been with them and a few of the women I’ve known since I started volunteering there. Laughter and tears mix with some serious deep thinking.  I asked the women if they had any thoughts about doubt and faith that I could share with our youth at church who were going through the rite of Confirmation and affirming their baptisms. They want you to know that faith can feel hard but that it is also freedom – freedom to be who God made you to be, freedom to ask God to show you God’s presence, and freedom to ask to have an open heart. It’s really something to hear women in prison talking about freedom. Most of them will return to community alongside us at some point but for others it will be many years living within those walls.

The women are not talking about any old freedom and for them it’s more than poetry. They have found that freedom through the love and grace of Jesus. When Jesus says that sin enslaves us and he sets us free, these women deeply understand what that means. Those of us who live outside of prisons have a harder time admitting that we sin much less confessing it and our need for the very freedom Jesus offers through grace. But we know this much, we are free to ask questions. Free to ask questions about the Bible, about history, about the church, about Jesus, about our faith and our doubt, about the mystery of God. You name it and we are free to ask it.

Lutheran Christians have a 500-year history of asking, “What does this mean?” Literally, that question, “What does this mean?” (Although it was originally asked in German and now in most every known language – there are A LOT of Lutherans around the world.) The disciples in the Bible asked similar questions. The Jews living before the 1st century, through our Jewish neighbors today still ask questions about God, their history, and each other. We are part of this robust history of asking questions into our present-day moment of grace through faith.

Grace is God’s unconditional love for you.

Grace is God’s promises flowing over you in baptismal water – the promise to always be present, to always take you back, to make your life Christ-shaped, and to keep these promises forever.

Grace is this moment in time. Each one of us with a story of our own, drawn together by the Holy Spirit into God’s story. For this and for all that God is doing, we can say, thanks be to God, and amen.

Song after the Sermon

Do not fear to be found out;

for our God makes strong our weakness,

forging faith in fires of doubt.

for in tension new life grows.

for Christ calls from shores of wonder,

daring us to try and fail.

truth both simple and profound;

in the knocking, asking, seeking,

we are opened, answered, found.