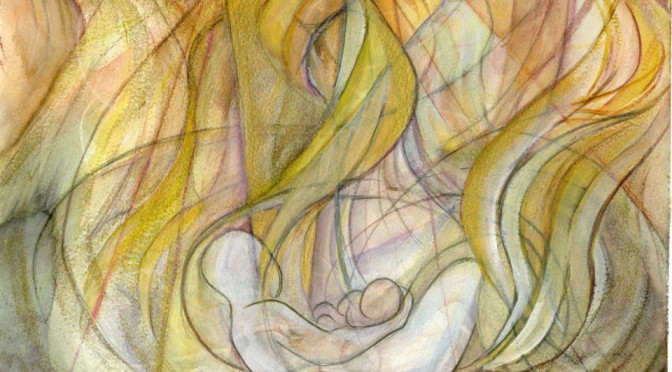 John 1:1-14  In the beginning was the Word, and the Word was with God, and the Word was God. 2 He was in the beginning with God. 3 All things came into being through him, and without him not one thing came into being. What has come into being 4 in him was life, and the life was the light of all people. 5 The light shines in the darkness, and the darkness did not overcome it. 6 There was a man sent from God, whose name was John. 7 He came as a witness to testify to the light, so that all might believe through him. 8 He himself was not the light, but he came to testify to the light. 9 The true light, which enlightens everyone, was coming into the world. 10 He was in the world, and the world came into being through him; yet the world did not know him. 11 He came to what was his own, and his own people did not accept him. 12 But to all who received him, who believed in his name, he gave power to become children of God, 13 who were born, not of blood or of the will of the flesh or of the will of man, but of God. 14 And the Word became flesh and lived among us, and we have seen his glory, the glory as of a father’s only son, full of grace and truth.

Today, at the manger-side, we’re drawn in a quieter way into the company of other people and the promises of God. Whether by temperament or circumstance we find ourselves in a reflective moment at a worship service. Christmas is a funny thing.  It’s religious.  It’s cultural.  It’s festive.  And it comes at just about the shortest day of the year.  There’s some history in those developments.  The church long ago tried to figure out how to exist alongside non-Christian celebrations that were rowdy and a lot of fun.  So time of year and some of the trimmings were combined from those celebrations and remain today.  I’m cool with that.  Christian faith has always lived in people’s lives while being translated by people’s lives.  This means that all kinds of things make their way into the mix.

There is also the story told in scripture.  At Christmas, we celebrate a birth.  Not just any birth…but a birth that shines light in the darkness, a birth that changes the world.  God was active in history long before the birth of Jesus. Connecting the moment of this birth to all of God’s history, the gospel writer of John uses those powerful words, “In the beginning…”[1]  These words that John uses to introduce the Word can also be heard in the very first verse of Genesis at the very beginning of the Bible.[2] This connection draws a huge arc through time, space, and place, between the birth of creation to the birth of Jesus.

So while Luke spends time on the human details of shepherds and a manger, John spends time on the cosmic ones.  Where Luke’s words are a quiet story of a holy family, John’s words elevate us into poetic mystery.  We could leave it there, in those mysterious heights.  We could keep at a distance this mysterious poetry that many discard as heady and inaccessible.  Except…except…John doesn’t leave it dangling out in the mystery of the cosmos, untouchable or inaccessible.

God living among us in Jesus is cause for reflection. Not simply because God showed up but because God entered human fragility.  As John writes, “The light shines in the darkness and the darkness did not overcome it.”  Light moving in the dark; day against night.  This language may be poetic but we understand it, in part, by way of our experience.

The darkness of disease, acute or chronic, that seems to take up more space than anything else.

The darkness of unrest in the world that is a matter of life and death.

If we could sit and talk about the darkness, each one of us could name a way that it affects our lives or the life of someone we love.  Into these real struggles, this darkness, Jesus is born.  Jesus who continues to bring light that reveals God in the midst of the worst that life brings – a light that shines a defiant hope.

My mother gave me permission to tell a bit of her story.  Many years ago, she married my first father in a romantic whirlwind. They honeymooned in Germany. While there, they picked up a set of Dresden angels – a few inches tall, fragile white porcelain, graceful, and beautiful. Life was good and fun and quickly grew to include five children.  Those angels were set out in a bed of pine boughs at Christmastime every year to protect their wing tips in case they were knocked over. They surrounded a small porcelain baby Jesus who finally joined the angels on Christmas Eve.

Then my father got sick.  Schizophrenia.  Life wasn’t so good and we had to leave. As a single mother, mom kept putting those angels out. She remarried and every year those angels would go out. My stepfather died and the angels still stood, surrounding and celebrating the baby Jesus. A few years ago, my mother and her third husband Larry gave the angels to me.  I think about those angels and my family’s story – the good, bad, and ugly.  I think about people and their stories, about light in the darkness, about how we struggle personally in families and collectively in world-wide crises. I also think about God slipping on skin and how that makes all the difference in my own life and faith – in bright times and broken times.

We don’t have to go very far to find what’s broken.  But think about how fast the speed of light travels to us, whether from the next room or from a star a million miles away.  We don’t move a muscle and light comes. Just so, God comes down to us in a flash of light, fleshy and fragile, right to the heart of things in the good, bad, and ugly.  We don’t move a muscle and God shows up. In the company of other people today, we remind each other that this is God’s promise to us and to world.  Some days that promise feels as fragile as porcelain. Today, Christmas Day, the glimmer of light from the manger feels like a defiant hope. No matter our feelings on any given day, “the light shines in the darkness and the darkness did not, [can not, never will] overcome it.” Amen and Merry Christmas!

[2] Genesis is the first book of the Bible’s 66 books. Genesis 1:1 – “In the beginning when God created the heavens and the earth…”